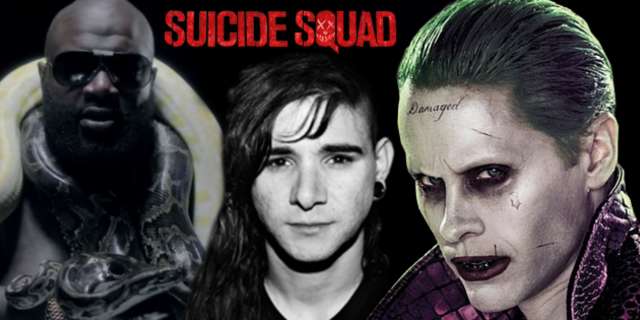 Earlier this week it was reported that Jared Leto was seen dressed as The Joker again for re-shoots of The Suicide Squad or making an appearaance in the up-coming Justice League film but those reports were wrong. According to Batman News Leto was in Miami shooting a music video for Rick Ross and Skrillex’s still untitled new single that will appear on the Suicide Squad soundtrack.

Apparently the music video will be starring The Clown Prince of Gotham himself!

The song was premiered earlier this year at WAV Nightclub in Atlantic City. Of course because it’s a video on a phone it’s hard to make out all of the lyrics, but you can definitely hear Ross’s baritone voice say “Suicide Squad”, “Gotham City”, “Killer Croc”, and “purple Lamborghini”, a reference to The Joker’s car in the film.