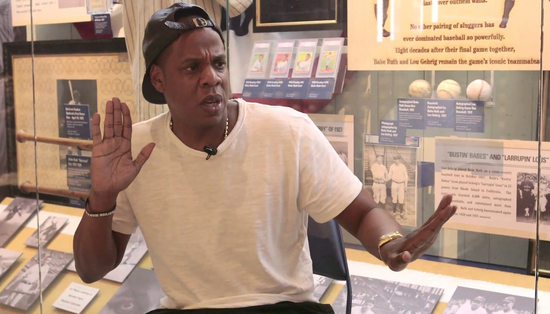 Jay Z’s plan to revolutionize the streaming industry has hit a huge snag.

Earlier this year, rapper Jay Z would be trying his hand at the music streaming industry with an 8-figure bid to buy European streaming service Aspiro. Well, it appears that not all business venture’s come with a ribbon-wrapped bow. Today, it’s been reported by Swedish publication Dagens Industri that Hov’s $56,000,000 bid was rejected by the company’s minority stockholders after being unanimously excepted by the board. And while he’s not exactly out of the race to purchase the highly-coveted streaming service (with the terms of his offer ending next week on March 11th) the shareholders will continue to work out more favorable terms for themselves. And while Jay’s Brooklyn Nets venture didn’t exactly pay out the way he had hoped, based solely on the size of this bid, we’re thinking the shareholders might just have a change of heart in the 11th hour. On the other hand, it might just be a safer bet to take that hefty offer and buy into say, Spotify or Beats, both of which have a commanding hold on the streaming industry, but you know how the story goes; whatever Jay Z wants, he most certainly gets. Check back next week, as we’ll be sure to have the full scoop.

Dame Dash Talks About His Beef With Lee Daniels, His Business Ventures With Kanye West and Also Eludes To Jay Z Possibly Being A Snitch

T.I. Has Confirmed “ATL 2” Is Happening, + More Sequels That Are Coming Your Way