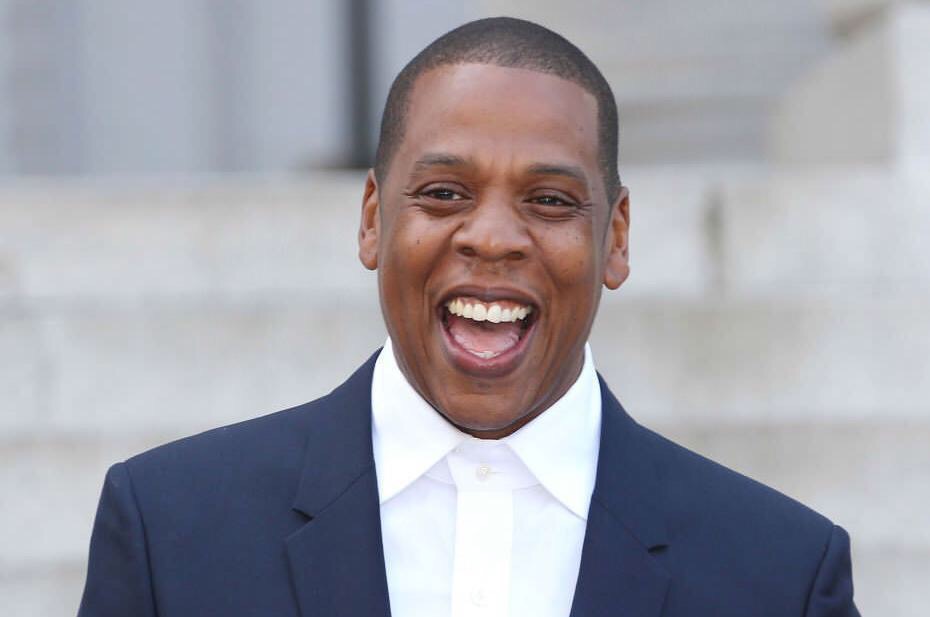 Big names like Madonna, Rihanna, Kanye West, Deadmau5, Nicki Minaj, Taylor Swift and Beyoncé are among the well-known artists tweeting promotional messages for Tidal, with the artists all using the same #TIDALforALL hashtag and changing their profile pictures to display the streaming service’s signature color: a striking shade of cyan. The words “turn the tide,” “music history,” and “together,” also feature in most of the promotional tweets. 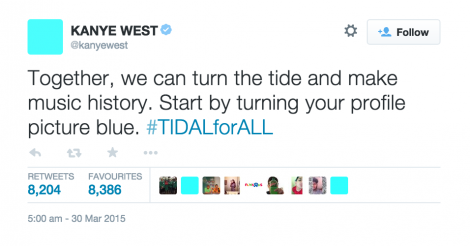 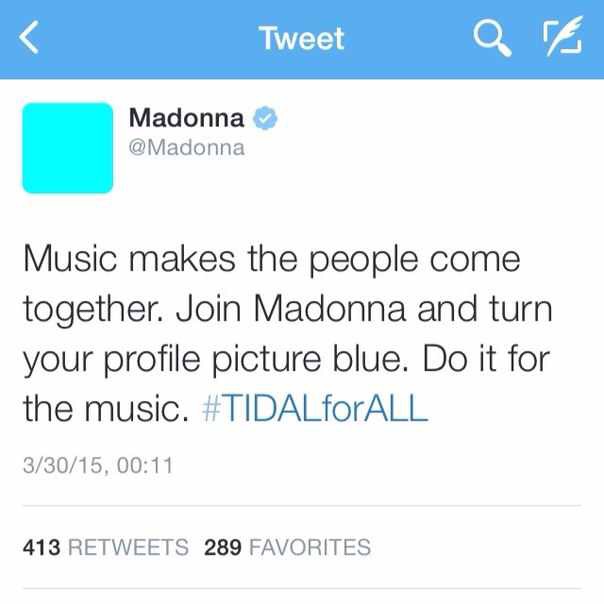 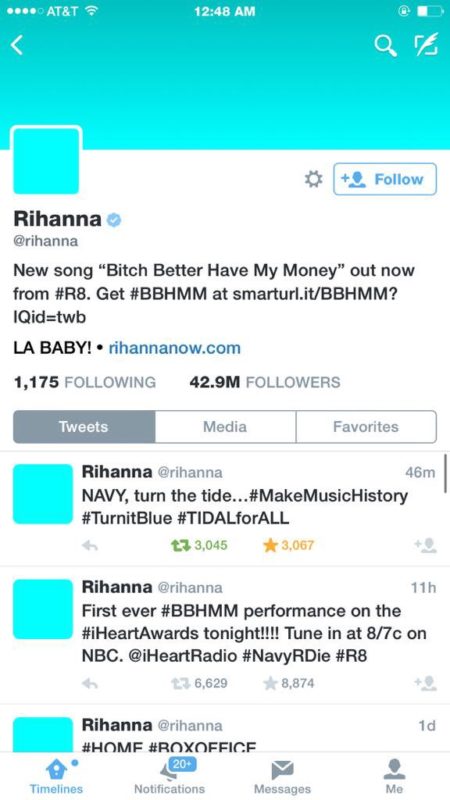 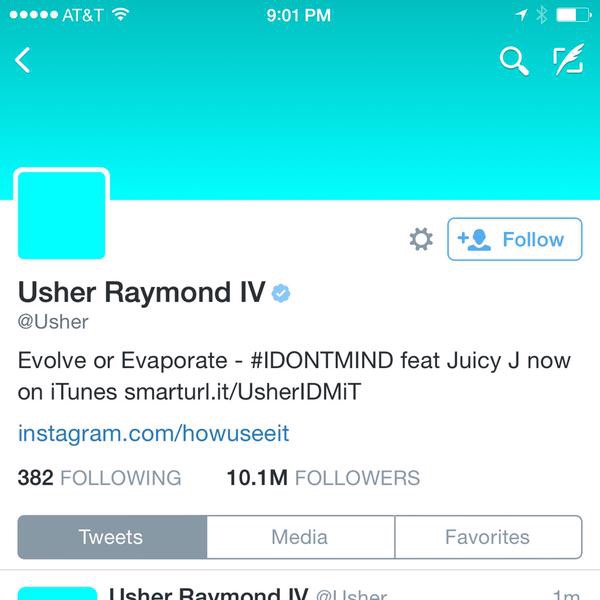 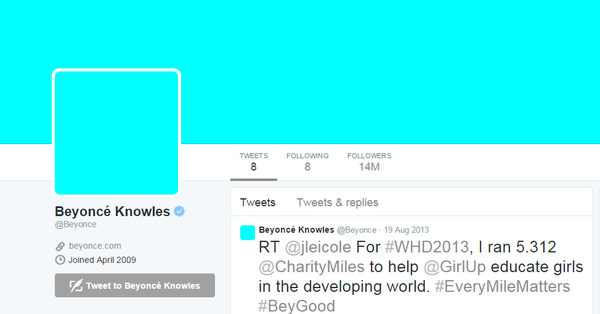 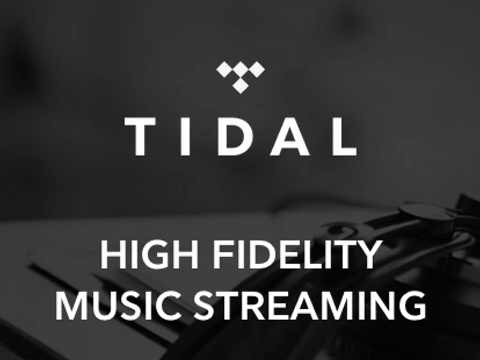