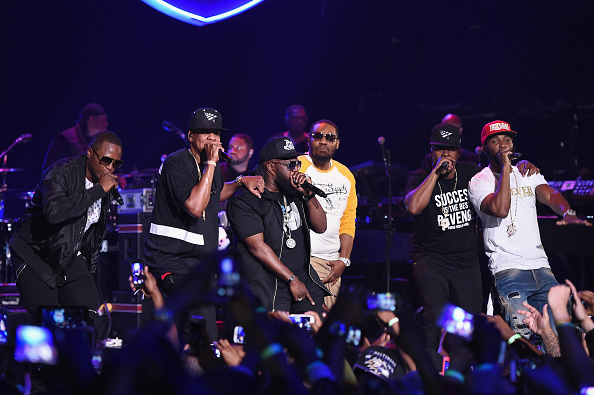 Jay Z’s B-Sides show had some pretty nostalgic  moments last night. Hov brought out Beanie Sigel, Freeway, State Property, Jeezy and Jay Electronica and set the internet on fire, especially for the fact that him and Beanie have seemingly buried the hatchet.

Maybe the night’s  most talked about moment was a new freestyle from Jigga addressing all the Tidal backlash and sharing his thoughts on the Mike Brown, Freddie Grey, and Trayvon Martin deaths. Watch the freestyle below. 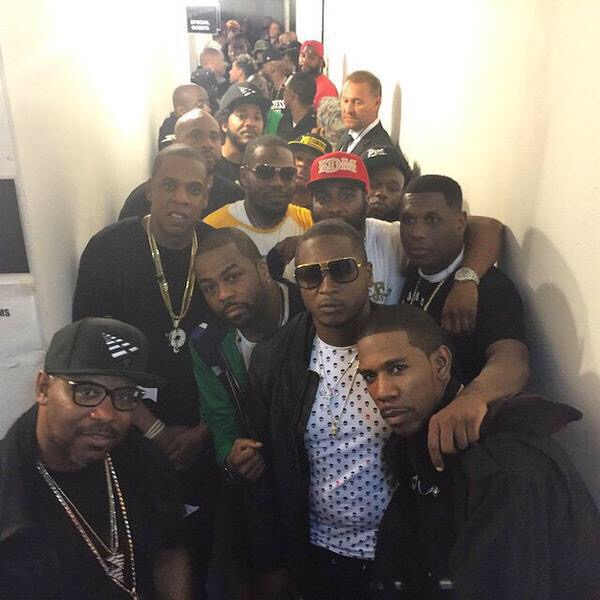 “So I’m the bad guy now I hear, because I don’t go with the flow
Don’t ever go with the flow, be the flow
And I don’t need no middle man to talk to my n****s
I understand if you don’t understand, I figure I’m Jigga
That’s where we differ
I take what’s mine, you accept what they they give you, I get you
I don’t take no checks, I take my respect
Pharrell even told me go with the safest bet
Jimmy Iovine on for the safety net
Google dig around a crazy check
I feel like YouTube is the biggest culprit
Them n****s pay you a tenth of what you supposed to get
You know n****s die for equal pay right?!?
You know when I work I ain’t your slave right?
You know I ain’t shucking and jiving and high-fiving, and you know this ain’t back in the days right?
Well I can’t tell, how the way they killed Freddie Gray right
Shot down Mike Brown how they did Tray right?
Let them continue choking n****s,
We gon’ turn style, I ain’t your token n****
You know I came in this game independent, right?
TiDAL, my own lane, same difference
Oh n****s is skeptical about they own shit
You bought nine iPhones and Steve Jobs is rich
Phil Knight worth trillions you still bought those kicks
Spotify worth nine billion and they ain’t say shit!
‘Lucy you got some ‘splaining to do’
The only one they hating on look the same as you…
That’s cool, I know they trying to bamboozle you
Spending millions on media trying to confuse you
I had to talk to myself, ‘Hov you used to it
It’s politics as usual!’”

Also, here are Jay’s Tidal Facts from a few weeks ago.

Update: Watch the full show below