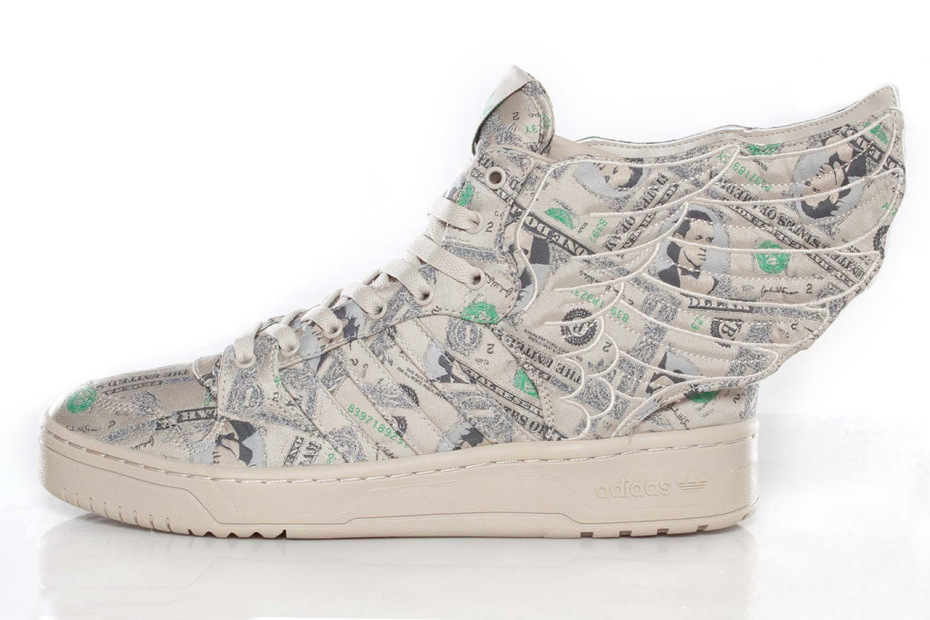 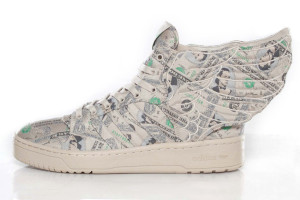 This year marks 10 years since Fashion Designer Jeremy Scott‘s first designed the “Money” Forum Hi as part of the i-sign project.Scott states, “It was inspired by American television game shows and the concept of winning prizes like washing machines, luxurious vacations or a shopping cart full of cash.”

The “Money” Forum was limited to only 100 pairs, which made it a very rare and a huge collectors item . Now a full decade and countless collaborative collections later, the American designer and European shoemaker will soon drop a pair of JS Wings 2.0’s sporting the dollar bill print that replaces George Washington’s face with Scott’s.

The adidas Originals by Jeremy Scott MONEY WINGS 2.0 will be available worldwide on October 15.

Below is the video :

A Nas And DJ Premier Album in the Works?