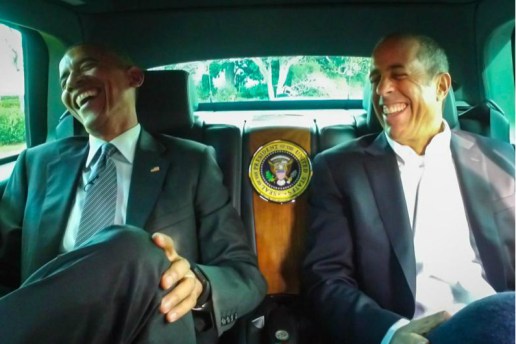 Jerry Seinfeld’s Comedians in Cars Getting Coffee is returning for a seventh season, and this season is sure stacking up to be a good one. Included in its list of guests so far include Steve Martin, Will Ferrell, Garry Shandling, Kathleen Madigan and Sebastian Maniscalc. In addition to these guests is the Commander in Chief, President Obama himself. According to an official statement from The White House, “The president and Jerry had a unique, candid conversation that focused largely on the lighter side of the presidency.” Check out the new season when it drops on December 30.