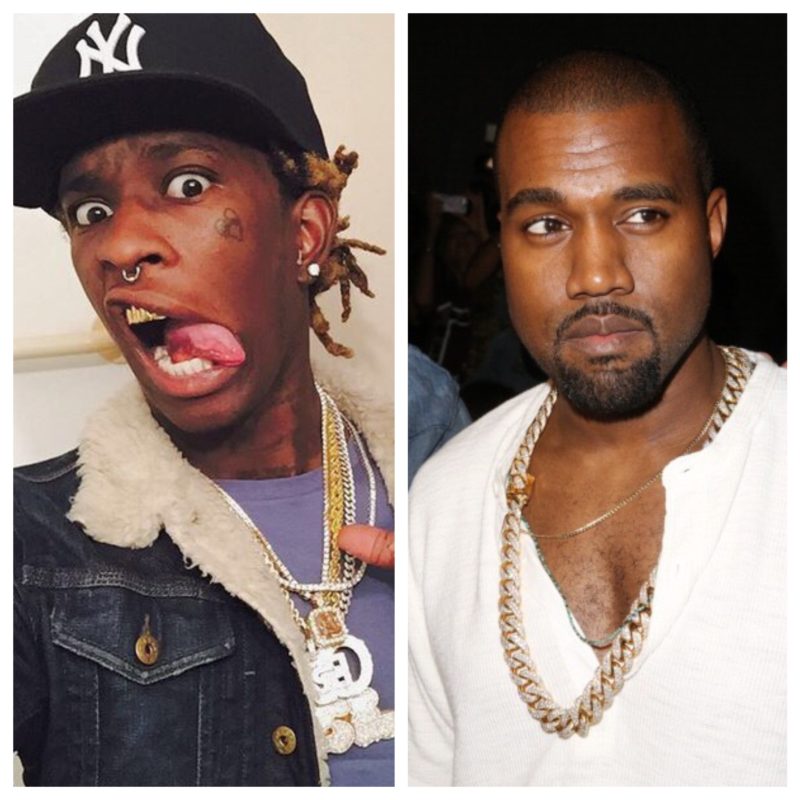 If this collaborative effort ever happens it could possibly go two ways, it could be one of the biggest flops we’ve ever heard or the most incredible album we’ve ever heard. In a new interview with Rolling Out, Young Thug spoke about linking up with Kanye West and their mutual respect for their crafts. Thugger said the following when speaking on his various high-profile co-signs:

Kanye didn’t have a phone for like three or four years,” Young Thug says. “When I first met him, I went to his house and he was like, ‘We gotta keep in touch; here’s my email.’ But he came on tour with Travis Scott and me. [Kanye] said he has a phone now because he has a wife. So he had to get a phone. But he called me Bob Marley. We [were] backstage at one of the tour dates at the Staples Center in L.A. and Kanye was backstage. He had a Beats Pill and was like, ‘I wanna hear all of your music in the world that’s not out.’ So I was letting him hear all the music. Then he said I was like Bob Marley and he wanted to do an album with me. I was like, ‘Let’s roll!’ He’s a fan. So that leads back to me saying fans are the main reason you stay motivated and become who you want to be. Kanye is like my brother, but he’s a real fan. He bought me some Yeezys and went on eBay to get them for me. That’s motivation.