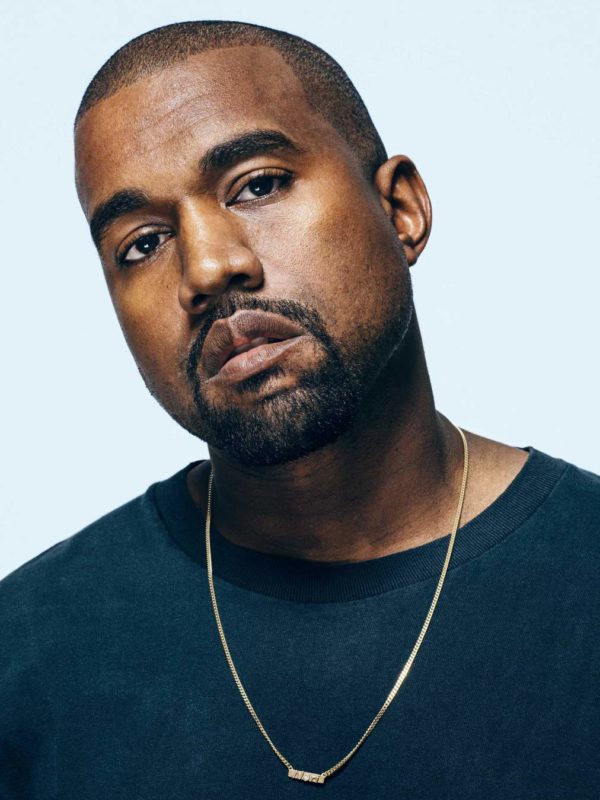 While everyone expressed their opinion on Kanye’s recent switch up of album names, (mainly Wiz Khalifa,) it was pretty quiet on ‘Ye’s end and we didn’t think he’d have much to say going forward. But not only did he respond directly to Wiz today, he let off one of the most epic Twitter rants we’ve seen: 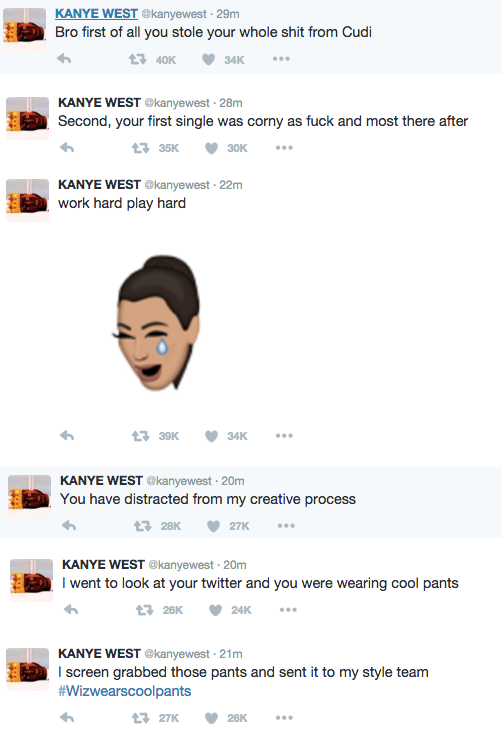 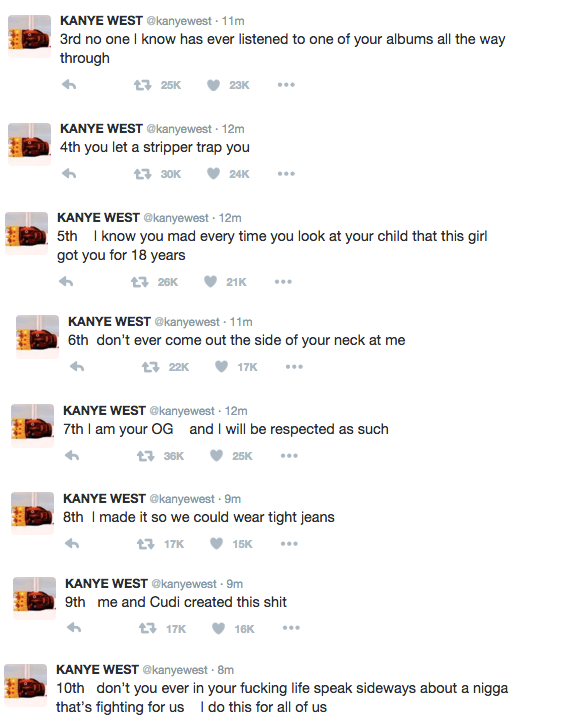 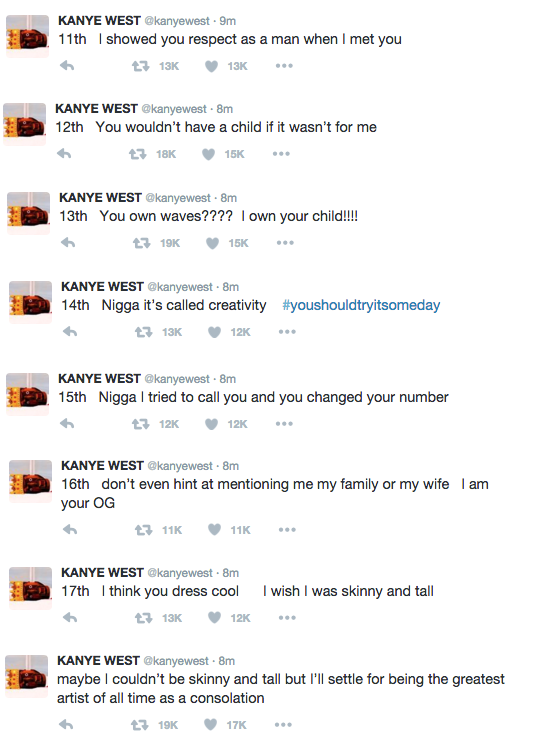 And Wiz’s response to Kanye? A mere two tweets: 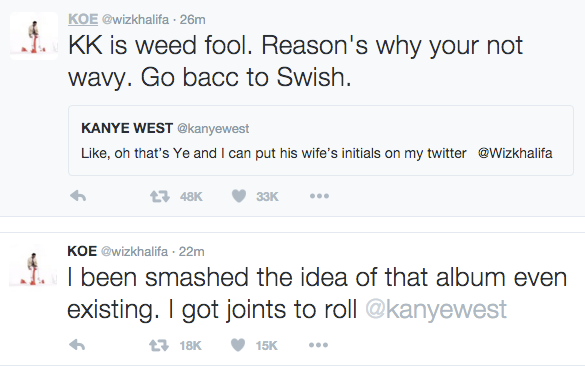 Throughout Kanye’s rant, the one that took the most heat was his claim of owning Wiz’s child with Amber Rose. Most cite that it was distasteful, saying that it took things to a level that it didn’t need to go.

And then there were the hilarious reactions:

The fact of the matter is Kanye definitely said some distasteful things. Surely, all this tension can’t be stemming from just an album title change. There’s been unmentioned animosity between these two for years. Kanye sees it as free promotion, which is fine. Wiz also has an album due out February 5. The coming weeks will be extremely entertaining.