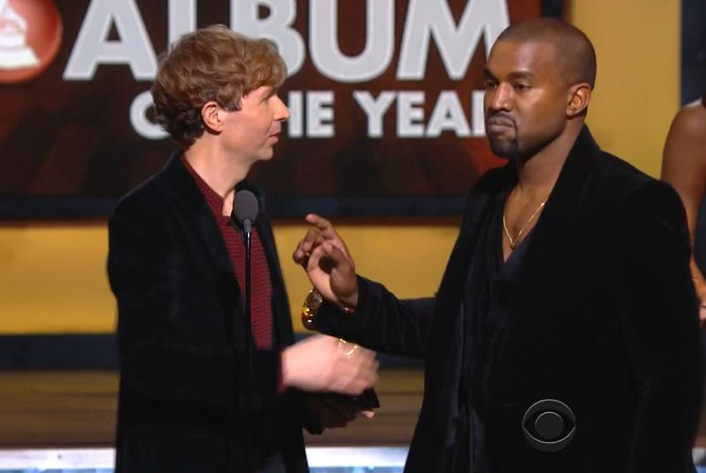 Kanye has done it again! Well almost, tonight Beck won the ‘Album of the Year’ award at this years 57th Grammy awards and whelp Kanye ran to the stage for an hilarious de ju vu moment but decided to go back to his seat.
Beck’s Morning Phase LP beat out a big-name list that included Beyonce, Sam Smith and Pharrell. As soon as this moment happened the crowd erupted and so did the internet. Everyone got a good chuckle out of it but I’m sure some sour puss’s will not find Kanye’s antics funny at all.

Still the best interruption of all time!