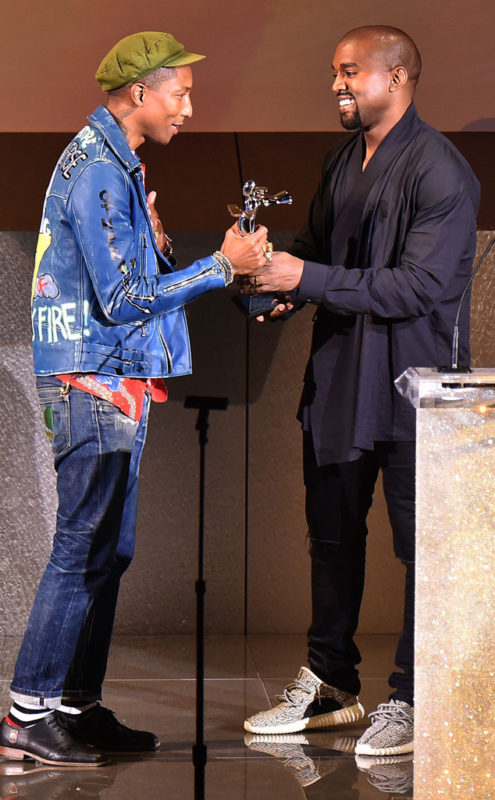 Yesterday (6/1/2015), Pharrell Williams was presented his 2015 “Fashion Icon” award by the Council of Fashion Designers of America (CFDA). The honor has been given to fellow style icons Rihanna and Jonny Depp. The credentials needed to receive the award are as follows “an individual whose style has made a significant impact on popular culture on an international stage.” Pharrell receiving this award is long over due, but better late than never right? Phar. has built a profolio, that would make a life time fashion designer jealous, collaborating with Timberland, Uniqlo, Moncler, adidas and more.

The award was presented by none other than Pharrell’s long time friend and frequent collaborator, Mr. Kanye West. Ye who is a style icon in his own right, West spoke on how he draws inspiration from Skate board P’s style and admire’s his accomplishments, describing his own style as an angrier version of the “Happy” singers.

Of course when he accepted his award, the always humble and thankful Williams displayed an displayed himself as a class act as always, giving thanks to his style influences director Harmony Korine’s “Gummo” and W Magazine style director Edward Enniful.