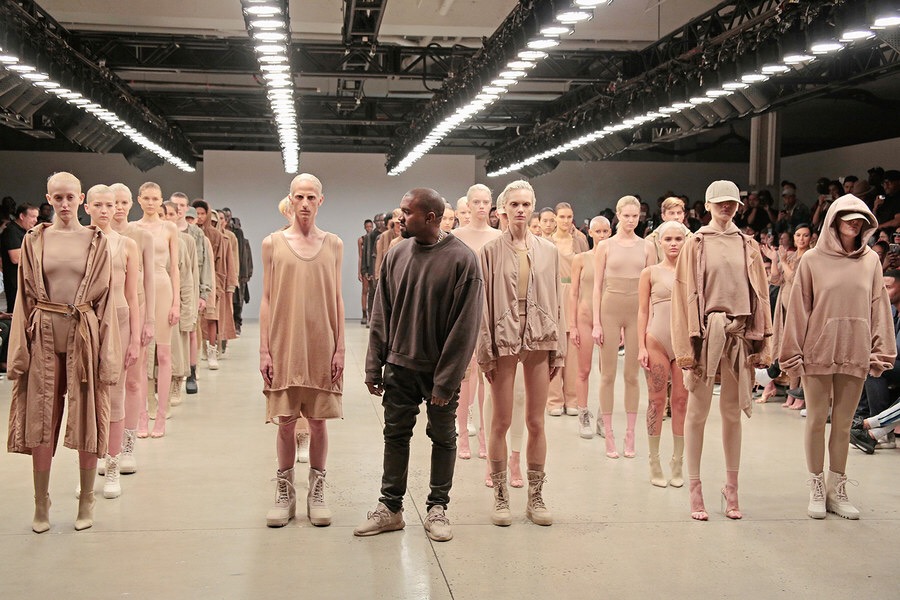 These days, it’s hard to get Kanye West to talk about anything other than fashion, but Vanity Fair managed to pull it off. In an exclusive interview with the publication, Kanye opened up on Yeezy Season 2, and even further elaborated on his very-real presidential run in 2020. But don’t hold your breath for his next album SWISH. Read excerpts below.

On the status of his next album:

I’m not sure. I’m not worried about the years. I’m worried about the life and the body of work that I can put out while I’m breathing. It’s currently called Swish. I’m forgetting even what the last name of it was now.

Yeah, we do the shoes with Adidas and this past season we just did apparel on our own out of Calabasas with a small team traveling to the dye houses and making the patterns and just working 30 hours a day against all odds. We didn’t sleep. We’re in the middle of negotiations [with backers] is the best way I can put it, so there was questions on do we wait till next fall, do we come back and show something for spring? And I felt bad. The biggest thing was not only the engagement with the public that are interested to come to the movie theaters to see it or to see it online and talk about it. It was also the relationship with the stores. I felt the responsibility to come back for spring and deliver that next collection because, at this stage, as early as I am into expressing myself and making clothes, it’s just way too privileged to take a season off. Are you fucking kidding me? My toe is barely in the door, my foot is barely on the gas, I’ve got to press down harder. The most successful thing about the second season was just doing the second season.

On whether or not he’s really running for president in 2020:

When you said that at the V.M.A.s, I thought the reaction was surprising. People didn’t seem to dismiss the idea. You would have thought there would be more of an outcry.

Especially from the six years of this misconception or the six years I went through of “We don’t like Kanye.” And then as soon as I said that, it was like, “Wait a second, we would really be into that, because actually if you think about it, he’s extremely thoughtful. Every time he’s ever gotten in trouble, he was really jumping in front of a bullet for someone else. He’s probably the most honest celebrity that we have.” I didn’t approach that because I thought it would be fun. It wasn’t like, Oh, let’s go rent some jet skis in Hawaii. No, the exact opposite. I sit in clubs and I’m like, Wow, I’ve got five years before I go and run for office and I’ve got a lot of research to do, I’ve got a lot of growing up to do. My dad has two masters degrees. My mom has a PhD, she used to work at Operation PUSH. Somehow the more and more creative I get, the closer and closer I get to who I was as a child. When I was a child, I was holding my mom’s hand at Operation PUSH. I think it’s time. Rap is great. It’s fun. It’s fun to be a rock star, and I’ll never not be one I guess, but there’ll be a point where I become my mother’s child. With all the things I’ve done that people would consider to be accomplishments, what’s the point where I become the person that Donda and Raymond West raised? My parents’ child.

Drake Talks “Views From The 6,” Meek Mill Beef, and More With The Fader