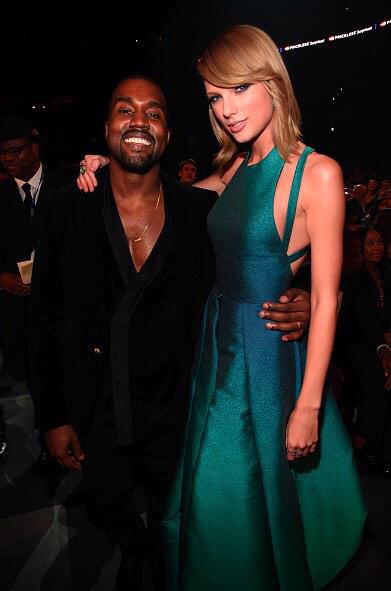 Kanye West appeared on this morning’s broadcast of “On Air With Ryan Seacrest” to discuss the Grammys fiasco with Beck, working with Taylor Swift, and the launch of his Adidas shoe line.

Kanye told Seacrest him and Taylor Swift are planning to collaborate on music. “She wants to get in the studio and we’re definitely going to go in,” he said. “Any artist with an amazing point of view, perspective, fan base, I’m down to get in the studio and work.” And while addressing the stage rush during Beck’s acceptance speech, he said that the “voices in his head” told him to go on stage at the Grammys, but that he refrained from grabbing the microphone because he didn’t want to take away time from Beck’s acceptance speech. “Beck is one of the nicest guys and one of the most respected musicians in the game,” he said. “There’s nothing that I will want to do as a fellow musician to disrespect him in any way.” He said he misworded his comments and added: “Obviously Beck is one of the most respected artists, and respects artistry.”

You can listen to audio of the interview above.

TOMORROW #NYFW @kanyewest will launch Yeezy 750 Boost with @adidasoriginals & stream to 40 cities across the globe! pic.twitter.com/ZKqVvgJROl

It’s Official! Marvel (Disney) and Sony Are Teaming Up To Produce The Next Spider-Man

Azealia Banks Has Done a Nude Spread for ‘Playboy’