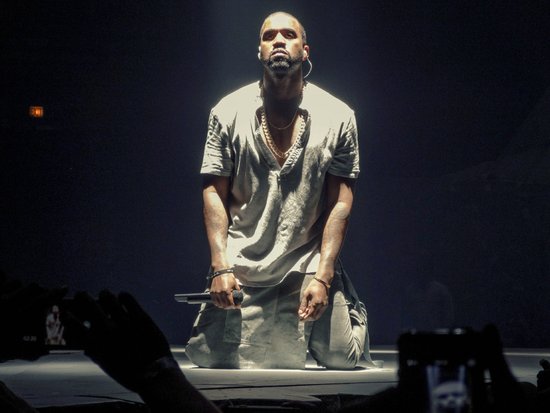 Yeezy season will return next week, beginning with his performance at this years Grammy awards.

With NBA All-Star weekend/Fashion week approcahing Ye’ is taking full advantage to get the public ready for his new music and his new Adidas collaboration.

NBA All-Star Weekend is fast approaching and the Roc plans to takeover. Roc Nation has announced Kanye West will perform a free concert in the heart of New York City for the first annual Roc City Classic.

Continue after the jump……

Taking place on Thursday, February 12 in the Flatiron District of Manhattan, the event stars Kanye West and 2014 NBA MVP Kevin Durant of the Oklahoma City Thunder. The five-time All-Star Durant is the flagship athlete under Roc Nation Sports. He signed with the company back in 2013. While Kanye’s design and content company DONDA signed a partnership with Roc Nation last year.

Late last month, the NY Post first reported about the 45-minute concert featuring an “A-List” performer. Taking place at the Flatiron Pedestrian Plaza, the location is minutes away from Jay Z’s 40/40 sports bar and lounge.

That day will be a busy one for Kanye West, as it’s being reported the rapper-fashion designer will debut his long-awaited sneaker collaboration with adidas during an invite-only New York Fashion Week event.

Sponsored by HTC, the Roc City Classic is a free event. Information on how to get tickets are available here here. NBA All-Star Weekend runs from Friday, February 13 to Sunday, February 15 at Brooklyn’s Barclays Center and NYC’s Madison Square Garden.