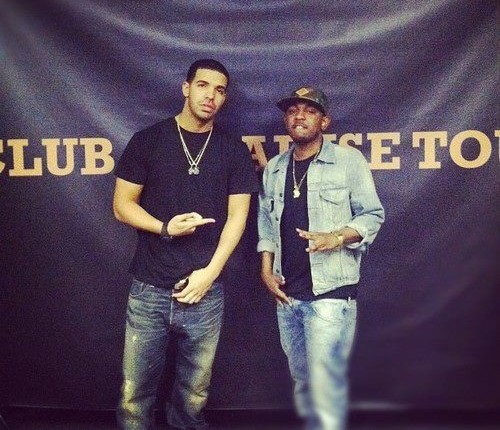 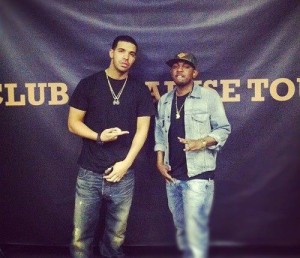 And nothing been the same since they dropped, “Control” and tucked a sensitive rapper back in his pajama clothes. Ha, Ha, jokes on you, high-five, I’m bullet proof. Your shots will never penetrate, pin a tail on the donkey, boy you been a fake.
– Kendrick Lamar

A Preview of the BET Hip Hop Awards Cypher show K.Dot throwing the above jab at Drake.

Since his verse on the Big Sean track, much debate has been stirred up in the rap world. Nearly every rapper has been questioned on their feelings about it. While Drake was on his promo run for his latest album, he mentioned; “I didn’t really have anything to say about it,” he said. “It just sounded like an ambitious thought to me. That’s all it was. I know good and well that Kendrick’s not murdering me, at all, in any platform. So when that day presents itself, I guess we can revisit the topic.” He also spoke to Elliott Wilson and Angie Martinez about it and sounded irritated about the verse. He went on to say “It was cool for a couple of weeks but are you listening to it now?”

Drake brought Kendrick along for his Club Paradise tour over 2 years ago and had him on his second album Take Care . Nowadays however, he may be thinking K Dot is becoming too cocky and needs to respect who believed in his talent early on.

The BET Hip Hop Awards will debut October 15 at 8pm. Check out a clip of the cypher below :

This Weekend In Theaters: What Should You Watch? (10/4)