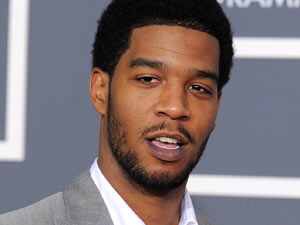 “I didn’t flinch. I’m secure with mine. I’m an artist — it’s all about playing characters that are intriguing and stimulating.” – Kid Cudi

Kid Cudi has let it be known his completely comfortable with his sexuality. His red crop top took the Internet by storm at a performance last Summer. Cudi lives by his rules and doesn’t care what any of us or his peers think. Today Billboard released his quotes he gave about his new film as a gay man in James White. The film premiered at Sundance this Friday along with Asap Rocky’s new film Dope. Cudi’s new film doesn’t focus on the character’s sexuality, but the rapper/actor told reporters there were scenes of him coming out of the closet and kissing another man that were cut from the film.

I’m mad [director Josh Mond] cut out my kissing scenes with David,” Cudi said with a wry smile during an audience Q&A session after the film. “We made out so many times — and it was so good! That’s my only gripe.”

Cudi admitted he had no problem going full Broke Back Mountain either, Read this next quote:

“No. My thing is what story are we trying to tell here,” Cudi told Billboard. “I didn’t flinch. I’m secure with mine. I’m an artist — it’s all about playing characters that are intriguing and stimulating.” 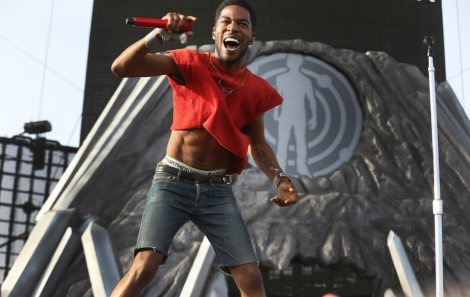 In the hip hop world this could end a career but Cudi isn’t worried about that at ALL. Of course Will Smith played a gay man in Six Degrees of Separation, but Will is long removed from the chains of the homophobic hip hop world. Cudi actually saying he has no problem kissing another full grown man for a film Role takes balls! I’m pretty sure there won’t be much back lash from his quotes since Cud is looked at as a “weirdo rapper” anyway. Cudi making these comments truly speaks volumes and we will just have to wait and see how impactful it will be.