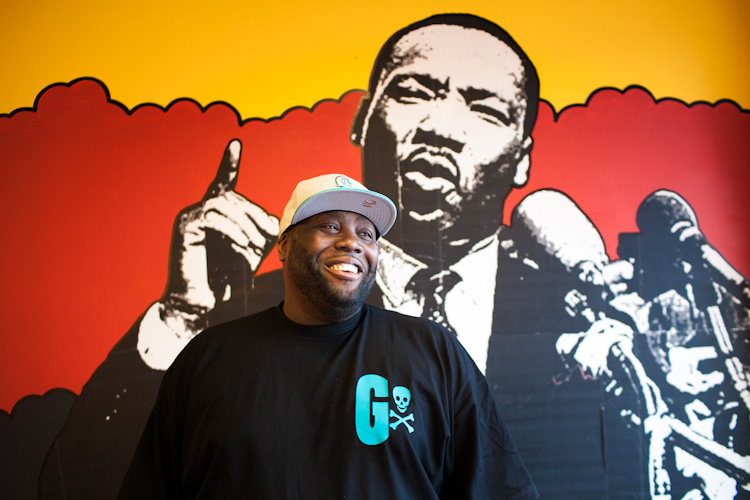 Killer Mike has shown us heaps of political acumen over the years. Whether its penning heart-wrenching op-eds on race relations and police brutality, sitting opposite Bill Maher as the smirk-smasher or delivering poignant lectures on these matters at one of the nation’s most heralded engineering schools, the ATL-born and bred mic killer is A1 all the way through. But it appears that an opening slot in Georgia’s House Of Representatives could see him realizing a prophecy we’ve long had in our crystal ball; a genuine, real-as-life running for office as the state rep for Atlanta’s District 55. The recently resigned Tyrone Brooks (who plead guilty to tax, wire and mail fraud charges) has left his seat for the taking and Mike seems poised to snatch it right up from under him. Tomorrow, June 16th, the state moves to special election and the mighty jewel runner has already made his official announcement via Instagram with the above image. So, Atlanta, if you want to see a Stankonian son enact real, positive changes in the community (or at least want to give him a chance to do so) step out and run the vote. Killer Mike for president. That is all.