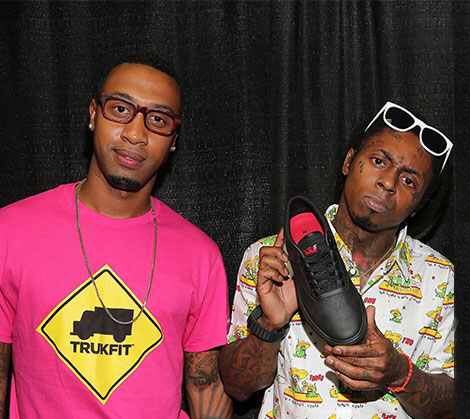 Trouble in paradise is definitely happening within the YMCMB camp. The most recent person to speak on the Young Money and Cash Money Records rift is Lil Wayne’s close friend and manager Cortez Bryant.
As I checked my Instagram on this early Tuesday morning like I do every day I came across Bryant’s long Instagram post speaking on his and Lil’ Wayne’s displeasure with Birdman and Cash Money. Speaking on Weezys loyalty and pretty much confirming what Wayne has already stated, that the “Pussy Monster” rapper is being held captive by Cash Money head honchos Slim and Brian “Baby” Williams.

In early December, Wayne took to Twitter and expressed he wanted off the only label he’s called home for over 15 plus years. Express his apologies to his fans for the Carter V delays and letting it be known that it’s the label heads at Cash Money holding up the project. These comments from Cortez Bryant are a little left field a few weeks back Bryant stated to TMZ everything was peachy. “We good,” Bryant told TMZ last month after leaving a club in Los Angeles.

@LilTunechi built Young Money from his dreams to reality. Launched the careers of @Drake @NICKIMINAJ @Tyga not from their talent but from the belief in what he saw that they saw in themselves and put everything in making sure they fulfill their dreams! That’s what Young Money is about That’s the DNA of the real Lil Wayne Sacrifice himself to want his artist to be better! Wayne carried Cash Money on his back for over 10 years when he could have left and did this on his own The most loyal person I know on earth! He don’t deserve the shit he’s going through at this point in the game. One thing for sure Two things for certain @mackmaine and myself will not let this dream die WE GOT US! #YOUNG MONEY #sorry4forthewait #freeCV

And for all our other artists that’s been loyal from the beginning and patiently waiting for their number to be called! That’s coming too! The world also will see what Wayne saw in them that’s Jae Millz Gudda Gudda Cory Gunz Lil Twist Shanell ! Once we unlock these chains It’s on Young Money!