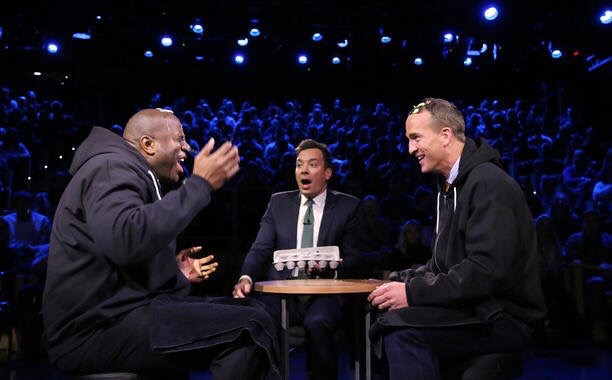 Sure Peyton Manning may have won his second Super Bowl this past weekend, but the Broncos Quarterback faced an entirely different challenge on The Tonight Show.

Joined by Magic Johnson, the two stars went 1-on-1 in a game of Egg Russian Roulette. They were presented by Jimmy Fallon, with a dozen eggs, eight of which were hard boiled, and four were raw.

They hilariously take turns picking a random egg and trying to smash it on their head, with the first one to smash two raw eggs being the loser of the game.