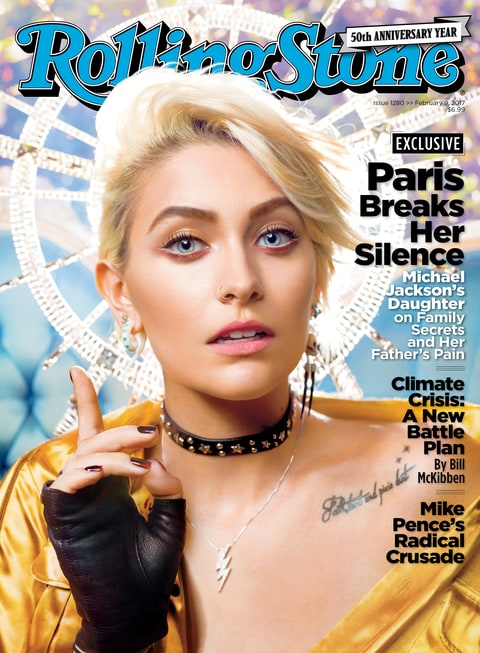 Michael Jackson’s daughter Paris Jackson has given her first in depth interview to Rolling Stone discussing growing up in the public eye, being part of a famous family, and memories of her late father.

Paris surprisingly even spoke on the circumstances surrounding her father’s death, boldly saying she believes it was a murder by an unnamed party. Michael’s death, Paris asserted to Rolling Stone’s Brian Hiatt, was “absolutely” a murder.

“Absolutely,” Paris said. “Because it’s obvious. All arrows point to that. It sounds like a total conspiracy theory and it sounds like bullshit, but all real fans and everybody in the family knows it. It was a setup. It was bullshit.” Though Paris declined to give names, she did tell Rolling Stone that “a lot of people” wanted her father dead.

My sis is KILLIN IT!! Paris Jackson on the cover of Rolling Stone!! Michael Jackson would be proud of ya darling! ❤#RollingStone pic.twitter.com/SJJXhqjoMC

Paris compared the solving her fathers death to a chess game. “And I am trying to play the chess game the right way,” she said. “And that’s all I can say about that right now.”

Paris also spoke at length about Michael’s continued influence on her life. “My dad raised me in a very open-minded house,” she told Rolling Stone. “I was eight years old, in love with this female on the cover of a magazine. Instead of yelling at me, like most homophobic parents, he was making fun of me, like, ‘Oh, you got yourself a girlfriend.'” The full interview, which is very much worth your time, can be found right here.

Big Sean Talks “I Decided.” Album, and The Flint, Michigan Water Crisis on “The Daily Show”