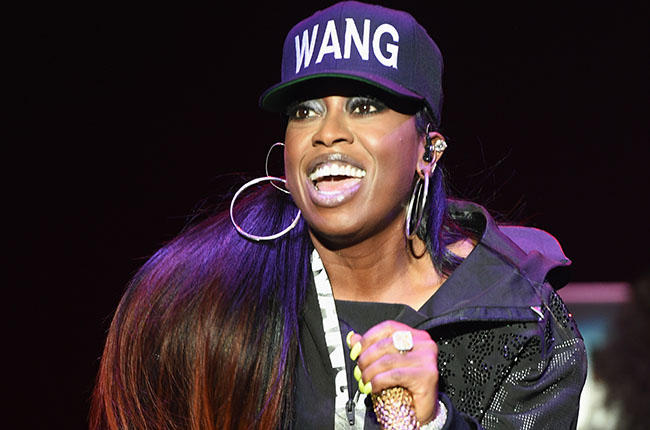 Missy Elliott reportedly featured on a new remix of Diplo and Skrillex’s “Take U There.”

Missy Elliott stole the show at the Super Bowl half time show along side Katy Perry and has saw a dramatic spike in her single sales/streams on iTunes and Spootify.

“All three songs Missy performed during her halftime appearance saw significant increases on Spotify. According to the music streaming app, “Lose Control” saw a streaming boost of 1,396 percent while “Get Ur Freak On” welcomed a 922 percent boost and “Work It,” an 896 percent boost.”

“Missy also made her presence known on the iTunes charts following her performance. The website reports that on Monday (February 2), the three songs Missy performed all made their way into the top 10 on the iTunes Singles Chart (“Work It” – #4, “Get Your Freak On – #5, and “Lose Control” – #7).”

Although it’s been nearly a decade since Missy released her last album, The Cookbook, Miss Info revealed that new music from the rapper is reportedly on its way.

“We heard an unreleased remix from Diplo and Skrillex (aka Jack U) of their massive pop/dance hit ‘Take U There’ but this one featured two incredible verses from our girl Missy Elliott, not just spittin’ in high heeheeheeheehaw form, but also giving up a little buttery ‘Hot Boys’ melody too,” Miss Info wrote.

Tbh I didn't realize how much I was missed til last night.I'm crying y'all 4give me I just can't stop thanking God & y'all