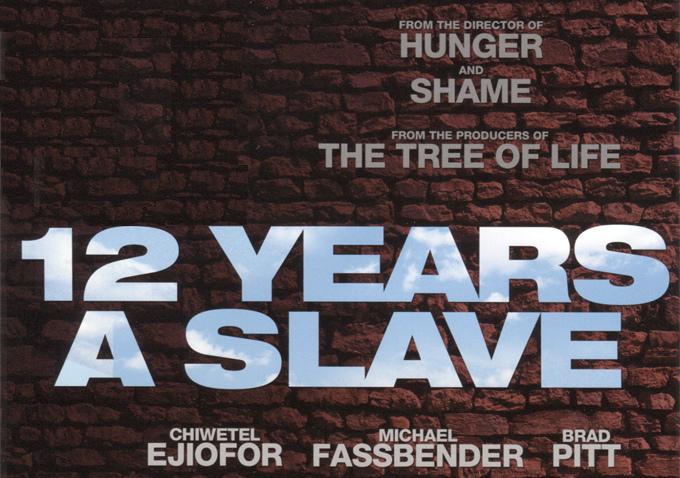 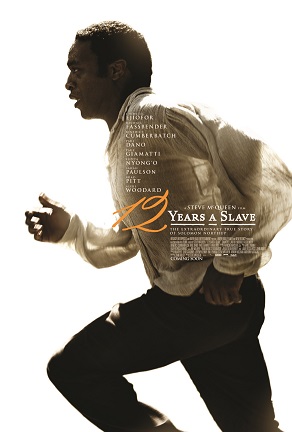 12 Years A Slave is nearly impossible to watch, but just as impossible to look away. As much could be said of many great films. Unflinching in its brutality, something director Steve McQueen is well known for, there is no sugar coating here. Unlike Tarantino’s Django Unchained which this film will draw numerous comparisons to, there are very few light moments. Where Unchained was irresponsible in handling the subject of slavery (with the exception, perhaps, of the scene with the dogs), almost everything was exploitative and nearly cartoonish. Whereas in TYAS, the violence is so matter of fact, there’s nowhere to hide from coming face to face with the sordid history of America.

The film tells the story of Solomon Northrup; a free black man from New York who is betrayed by potential employers and finds himself enslaved in the South. Set during the 1840’s, Northrup travels from one plantation to the next, encountering a plantation owner sympathetic to Solomon’s plight (well played by Benedict Cumberbatch) and another who is barely a man himself (Michael Fassbender as Epps), misinterpreting the bible and using it to justify the brutal treatment of his slaves.

Sure, there are films more brutal than TYAS, but few of those are as firmly grounded in reality and truth, which makes TYAS that much harder to watch. It’s nearly unfathomable that such things, and possibly even worse practices, were commonplace at any point in history. McQueen, a Brit, never set out to make a film specifically critiquing the American slave trade. His statements are in broad strokes, able to be understood and related to by numerous cultures around the world. But there is no denying that the film holds a mirror up to us as Americans and forces us to look our own history in the face.

TYAS is also about hope and the strength of the human spirit. Ejiofor injects a powerful energy into the character, the thought of rejoining his family fueling him through hardship after hardship. At times, it is difficult to see how anyone could live through such experiences. Another skill of McQueen’s is the detail in which he goes into. Moments in the film become etched in your memory, not for their outright power but for the little details many don’t notice that elevate them. As hard as the film is to watch, you can hardly look away. 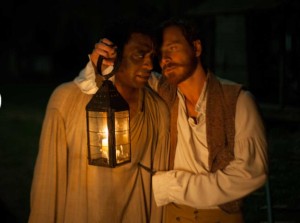 The film is a technical tour-de-force. The cast, including Ejiofor as Northrup and Michael Fassbender as Epps, is superb. Sarah Paulson, as Epps’ wife, is quietly terrifying. Lupita Nyong’o shines as fellow slave Patsey, her desperation drilling deep into your soul. A few minor parts, including Paul Dano as a carpenter and a short appearance by Brad Pitt, don’t live up to expectations, but those are quickly forgiven. Sean Bobbit returns as cinematographer and his lingering camera captures some profound moments, both beautiful and downright depraved. Certain frames almost become moving paintings of a time past.

Twelve Years A Slave is by far the most accessible of all of McQueen’s previous efforts. Once again, that’s not saying much. 2008’s Hunger is far more plodding and experimental, as well as being McQueen’s first project with Fassbender, but it also chronicles human suffering to a similar degree. It remains his strongest work to date. In 2011’s Shame, McQueen and Fassbender teamed up once again to study sex addiction (a subject far more unpopular than violence in the U.S.).

There are few films that come along that are as important or illuminating as Twelve Years A Slave. I can see teachers secretly showing this film in their history classes in years to come. Sometimes words on a page don’t come close to the power of an image. There are no laughs, and few cheers, to be had here, but the artists involved in such a powerful piece deserve high praise. If you think you can stomach it, this is highly recommended, if not essential, viewing.