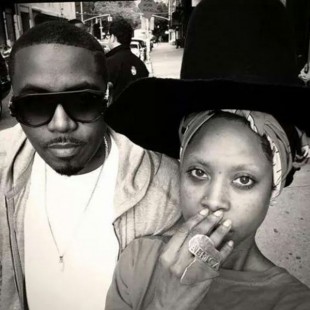 Nas is really laying the perfect blueprint in my opinion on how to age well in hip-hop, and grow your brand without coming off as a sell-out. It has been reported that Esco will be executively producing an upcoming indie film called The Land, which stars Erykah Badu and Michael K. Williams (of The Wire and Boardwalk Empire.) Directed and co-written by Steve Caple, Jr., whom the Queens rapper is a big fan of, the film follows four boys who leave the streets of Cleveland, Ohio to pursue careers as professional skateboarders. Badu will star in the film alongside Cleveland rapper Machine Gun Kelly and Moises Arias. Nas will also be producing the movie’s official soundtrack; The Land will premiere at the Sundance Film Festival, which will be hosted in Park City, Utah from January 21-31.

“Huge fan of my man Steve Caple Jr. I think he can become the next great filmmaker,” said Nas. “Also, very excited to be working with my former agent and friend Charles King on his first film with his new venture. All great energy around the film, which I believe will yield amazing results.”

Via: The Hollywood Reporter