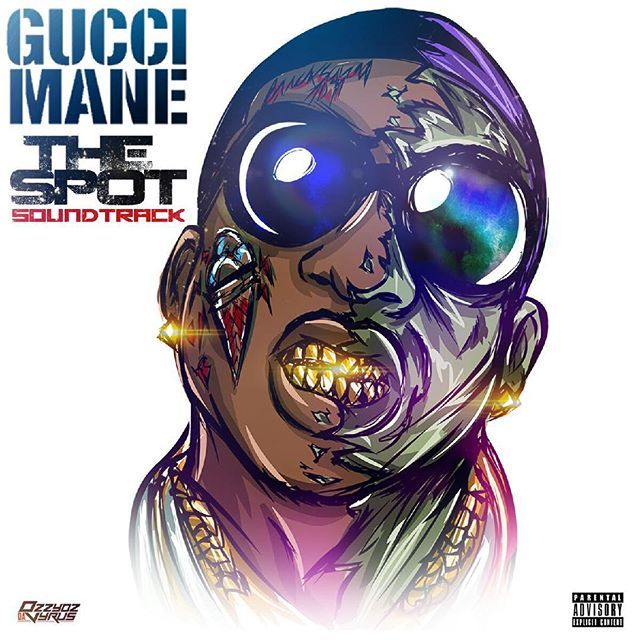 Gucci Mane was set to release a film titled The Spot last month on October 10th aka 1017 Brick Squad Day.

Unfortunately, the film has been shelved until further notice. To hold his loyal fans over, Big Guwop delivers yet another mixtape of 13 tracks that will serve as the film’s soundtrack. The Spot soundtrack has some pretty hefty features as well with appearances from Waka Flocka Flame, Trina, K Camp, Rich Homie Quan, Young Dolph, Trinidad Jame$ and PeeWee Longway. Zaytoven, TM-88, Southside, Honorable C.N.O.T.E, and London On Da Track all have production credits on the soundtrack/mixtape. Stream Gucci’s latest offering below.