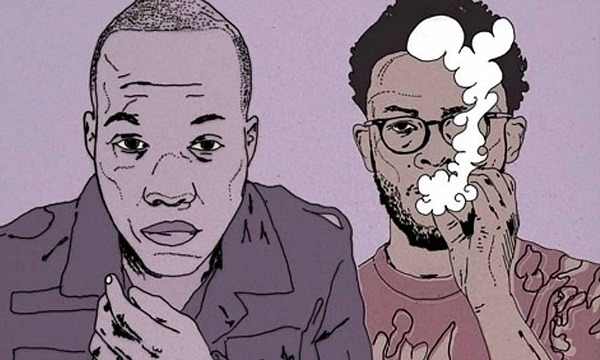 After being heavily featured on Dr. Dre’s Compton the soundtrack album Crooner Anderson .Paak and producer Knxwledge, have been on a tear in the music scene. The duo known as NxWorries drop a new today they debuted on Zane Lowe’s World Record on Beats1 Radio earlier this afternoon (December 1). Called “Link Up,” Paak’s vintage crooning blends perfectly with the hazy thump of Knxwledge’s production. Stones Throw has announced that this and previous single “Suede” will be released as an EP along with a Knxwledge remix of Paak’s song “Droogs” this Friday (December 4), with a vinyl edition coming next February.

Both Anderson .Paak and Knxwledge have had incredible years so far: Paak has been featured on albums from Dr. Dre and The Game, to GoldLink and Busdriver, all while riding the wave of his next full-length project Malibu, which he’s promised is coming this year. Meanwhile, Knxwledge’s production was featured on “Momma” off of Kendrick Lamar’s landmark To Pimp A Butterfly and his debut full-length Hud Dreems was released via Stones Throw this past May.

Listen to “Link Up” and a short Zane Lowe interview with .Paak below and pre-order the Link Up & Suede EP here. Here’s hoping the proper NxWorries album drops sooner rather than later.