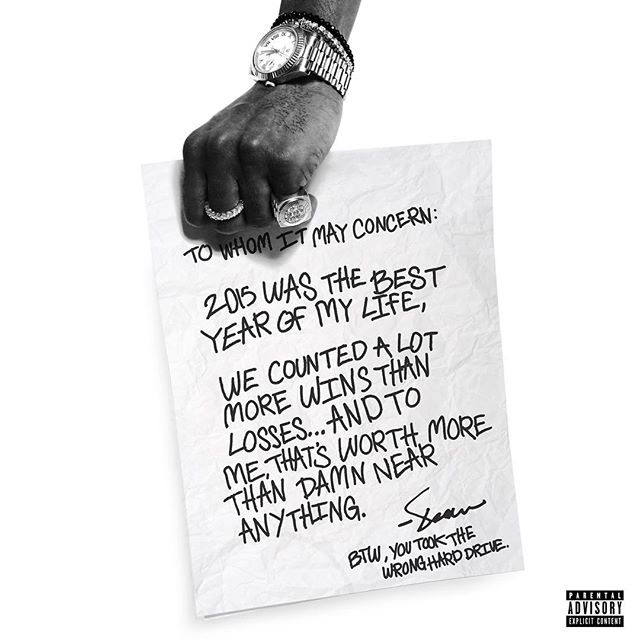 Lets see he had a No. 1 album (Dark Sky Paradise in March), two successful tours, won an MTV Video Music Award and a GRAMMY nomination. And he’s the road with Rihanna in 2016, Sean Don is definitely reaching his full potential that Kanye boasted about during his debut album listening party 3 years ago.

To cap the year off, he links up with Pharrell to give a thank you to the fans, reflecting on the past 364 days on a new track “What a Year.”