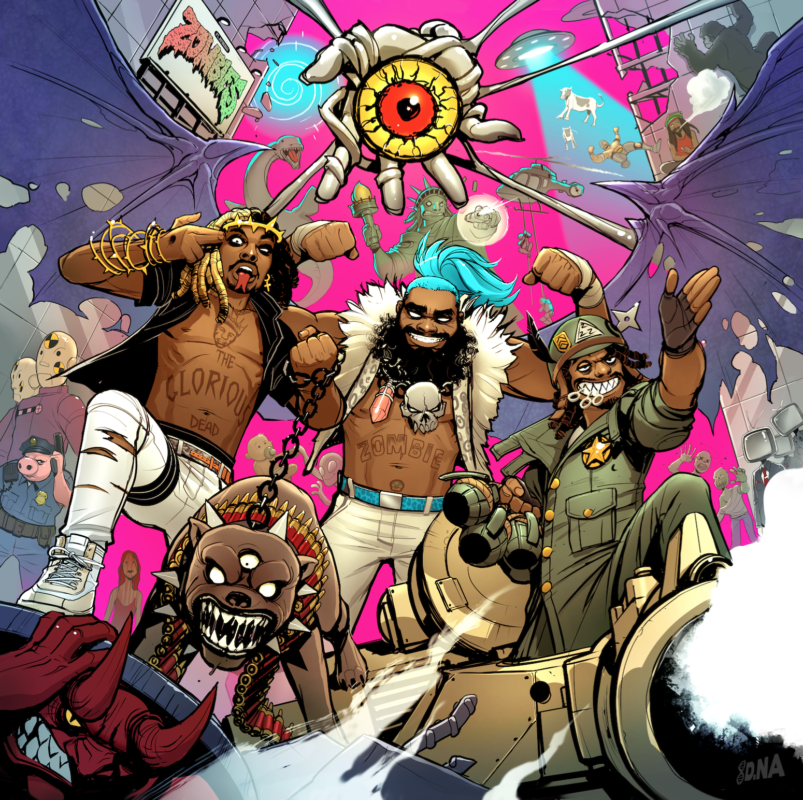 After releasing Glorious Thugs as freebie, fans have been waiting for the release of their first album which was announced last year but got pushed back. The Brooklyn based rap group is finally gearing up to debut their first album, “3001: A LACED ODYSSEY”. The Flatbush ZOMBiES have released the cover art, track-list, and release date. Along with the major news of their forthcoming album, the Glorious Dead also offered their lead single entitled “Bounce”, produced by Erick the Architect.

The trio is also releasing the music video for Bounce this coming week. The album is slated to be released on March 11th and is available for pre-order on iTunes now. You can also visit there website here to purchase a physical autographed copy of the album. Listen to “Bounce” below.

New Music: ALUS “Only Takes One”