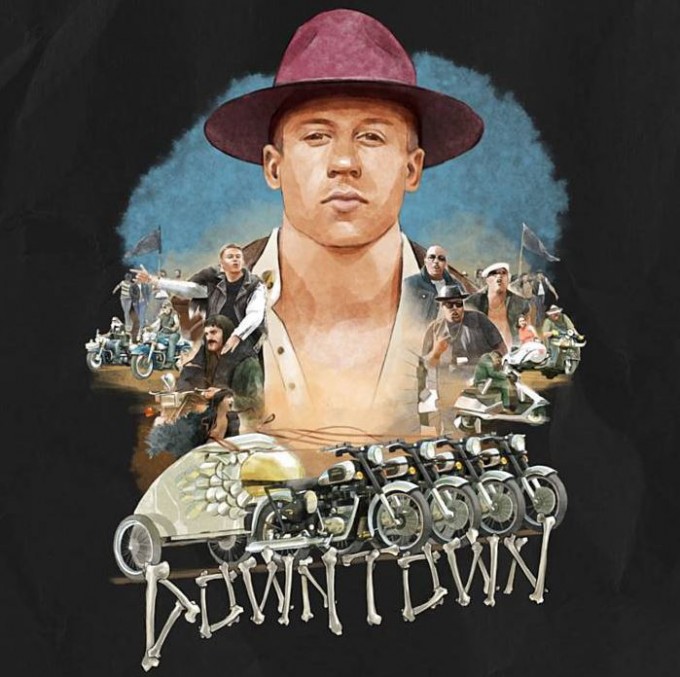 Macklemore and Ryan Lewis have made their return to the music scene. The Grammy Award-winning Seattle duo debut their brand new single, “Downtown.” Giving off a vibe from the 1980s, Seattle’s finest new record sounds like it will be a mainstay on mainstream radio for the rest of 2015. Hip-hop legends Kool Moe Dee, Eric Nally, Melle Mel, and Grandmaster Caz​ are credited on the record, which blends the sounds of G-Funk, rap, pop and more.