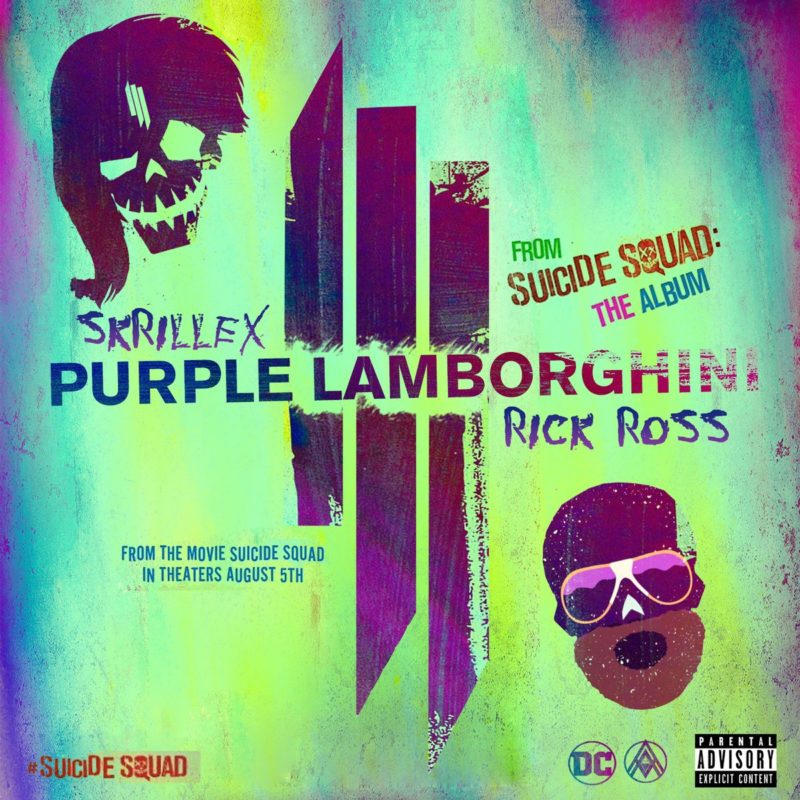 The Rick Ross and Skrillex collaboration is finally here, “Purple Lamborghini” was recorded for the Suicide Squad sound track with the feature film due out this August 5th.

Ross opens the track rapping “Biggest boss and I been the trillest/I’m a bigger problem when I click with Skrillex.” Skrillex provides the haunting production for what will most likely be The Joker’s (Jared Leto) theme music through out the film.

Lil Wayne, Wiz Khalifa, Ty Dolla $ign, Action Bronson and Kehlani also appear on the Suicide Squad soundtrack, which arrives on August 5 (the same day as the movie itself).