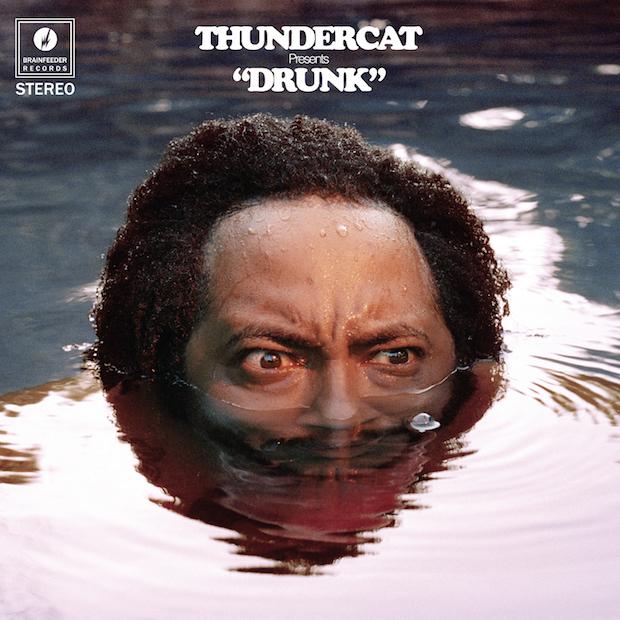 Los Angeles musician Thundercat has announced his third LP, ‘Drunk,’ due out on Feb. 24 on Brainfeeder. The follow-up to his 2015 mini-album ‘The Beyond/Where the Giants Roam’ features Kendrick Lamar, Flying Lotus, Kamasi Washington, Pharrell, and Wiz Khalifa, and includes previously released tracks “Them Changes” and “Bus In These Streets.”

Today he also shared the single “Show You The Way,” which includes Michael McDonald and Kenny Loggins

When detailing the direction of the project TC told Red Bull Music Academy Daily, “I’ve always tried to hold true to what Erykah Badu and Flying Lotus told me: It has to come from an honest place. I feel like it’s a place that I’ve been in different ways, seen different angles of and it’s been a bit inspirational – the drinking. It has its ups and downs and everything, but I felt like it showed the human side of what goes on behind things, something that I see with all of my friends… I felt like it was kind of interweaved in the music culture. And it’s something that’s never talked about.”

Listen to “Show You The Way” and check out a tracklist below, and revisit our recent conversation with Thundercat and Zack Fox.

Chrisette Michele Attempts to Rationalize Her Performance at Trump Inauguration