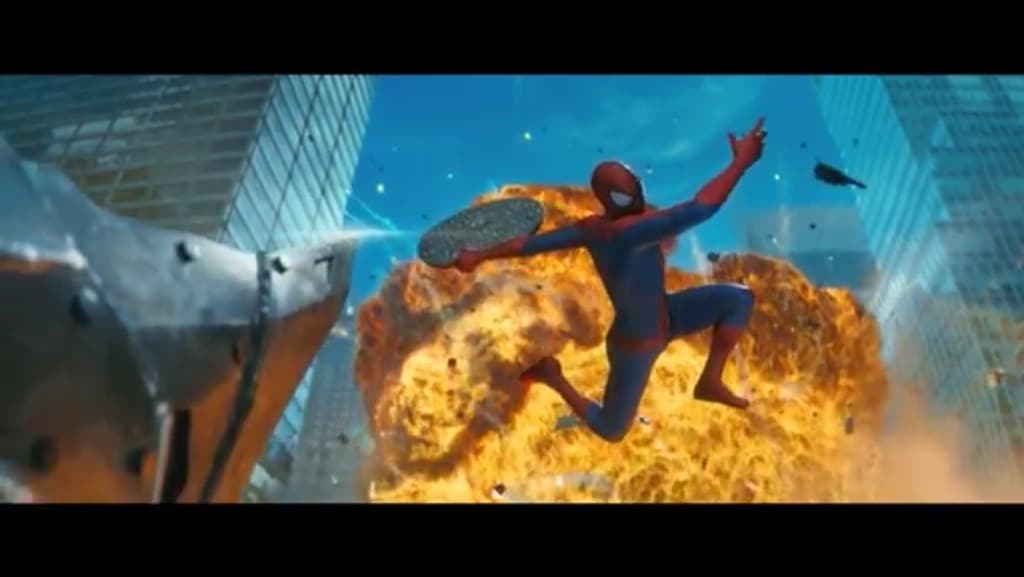 Andrew Garfield returns as Peter Parker/ your friendly neighborhood web slinger, for this sequel to the 2012 blockbuster. This time Spidey’s got twice the enemies to fend off. With Electro (played by Jamie Foxx) and Green Goblin (Dane DeHaan), he’s got more than a full plate, all while trying to spend time with his lady, Gwen (Emma Stone).

The Amazing Spider-Man 2 arrives in theaters May 2, 2014. The official plot summary is after the jump.

We’ve always known that Spider-Man’s most important battle has been within himself: the struggle between the ordinary obligations of Peter Parker and the extraordinary responsibilities of Spider-Man. But in The Amazing Spider-Man 2, Peter Parker finds that a greater conflict lies ahead. It’s great to be Spider-Man (Andrew Garfield). For Peter Parker, there’s no feeling quite like swinging between skyscrapers, embracing being the hero, and spending time with Gwen (Emma Stone). But being Spider-Man comes at a price: only Spider-Man can protect his fellow New Yorkers from the formidable villains that threaten the city. With the emergence of Electro (Jamie Foxx), Peter must confront a foe far more powerful than he. And as his old friend, Harry Osborn (Dane DeHaan), returns, Peter comes to realize that all of his enemies have one thing in common: OsCorp.

Jay Z Ranks His Own Albums From Best to Worst

Was it the Rihanna Feud? Adidas Ends Deal with Teyana Taylor