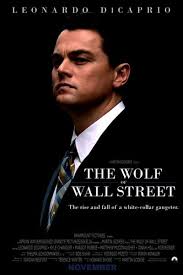 The Wolf of Wall Street, is based on the New York Times Best seller of the same name. Its the story of a New York stockbroker, played by DiCaprio, who refuses to cooperate in a large security fraud case involving corruption on Wall Street in the 80’s during the corporate banking world and mob infiltration. The film has an all star cast of heavy weights including Margot Robbie, Matthew McConaughey, Jon Favreauand, and Jonah Hill. It’s directed by Academy award winner  Martin Scorsese, and expected to hit theaters Christmas Day! Check the new trailer after the jump.