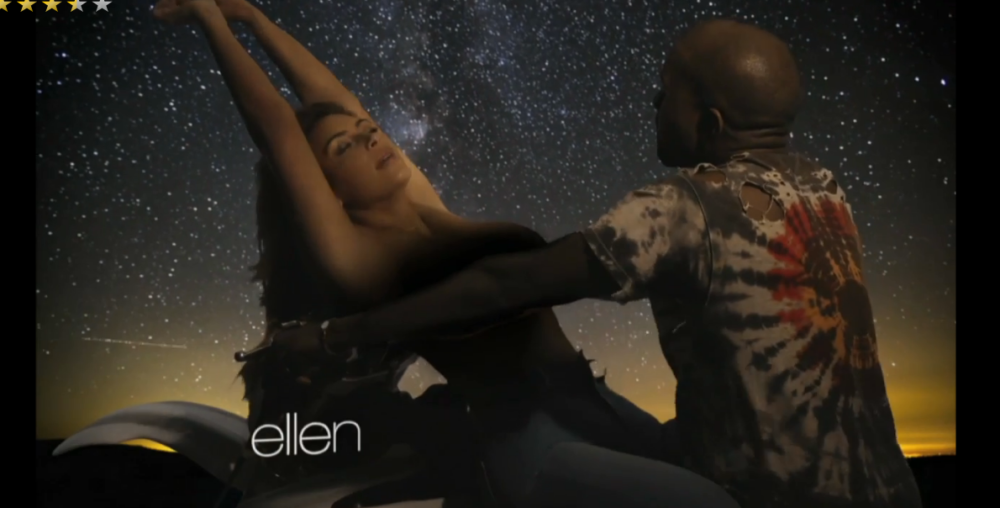 Even though he’s currently on tour, (his Yeezus Tour stops at the Barclays Center tonight!) Kanye stopped by the Ellen show and premiered his latest video “Bound 2,” in support of his Yeezus LP. The vid co stars fiancé Kim Kardashian, showcasing the two in a number of scenes together including a topless Kim straddling her man as he cruises down a highway on a motorcycle.

Catch Kanye’s interview with Ellen after the jump where he discusses the big proposal, addresses critics, and whether or not fatherhood will change the content in his music.