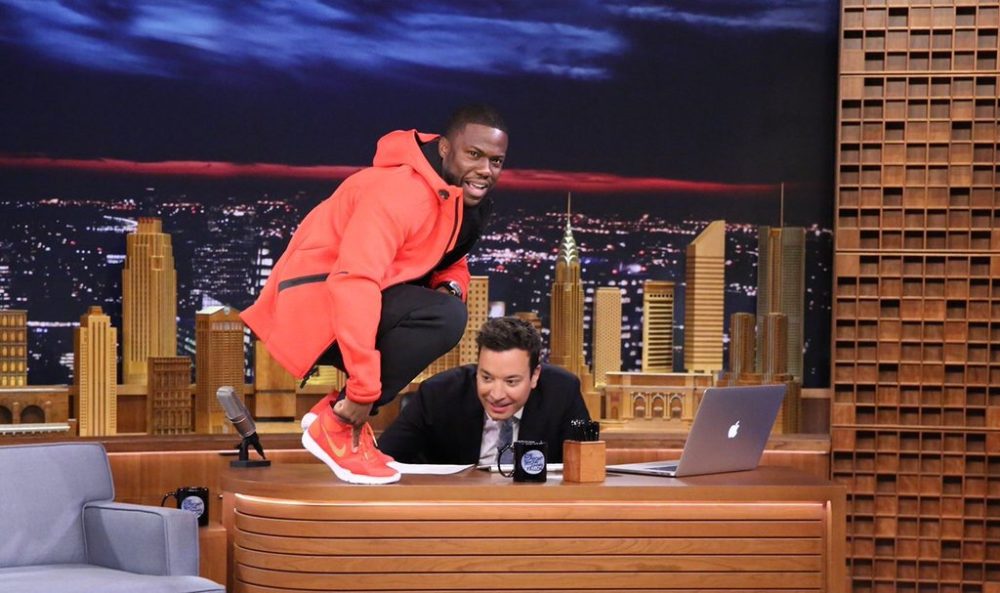 As part of his “Move with Hart” campaign, Nike has provided a signature cross-training shoe for Kevin Hart. The comedian premiered them on The Tonight Show with Jimmy Fallon last night, and couldn’t contain his excitement.

The Hustle Harts, as they’re called, will come in two colorways, one for each of his children. They also feature inspirational quotes by the comedian. The sneakers will be available in April. He rocked the second colorway below, in a hilarious game of Drinko, with Fallon.