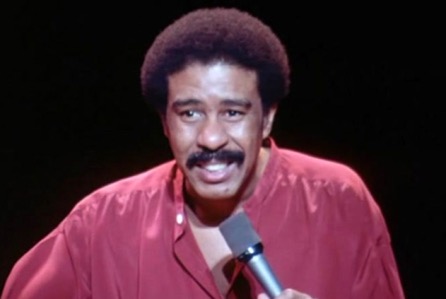 The wait for the upcoming Richard Pryor biopic has been one that requires plenty of patience. However, if the cast is any indication for what we’re in for, it’ll be worth the wait.

As you may already know, Mike Epps (who was hand picked by Pryor himself over 10 years ago,) will star as the legendary comic Richard Pryor, but The Weinstein Company has just revealed the rest of the star studded cast, and it’s glorious. After speculation, it is now confirmed Eddie Murphy will play the legendary comedian’s father LeRoy “Buck Carter” Pryor. Added to the cast is Oprah Winfrey, who will portray his grandmother, and Kate Hudson has been brought on board to play Pryor’s wife Jennifer Lee.

After Pryor’s death in 2005, others had been considered for the role before eventually being resumed by Epps, including Michael B. Jordan, Nick Cannon, and Marlon Wayans, whose audition tape leaked earlier this year. Directed by Lee Daniels (The Butler, FOX’s Empire) filming is scheduled to begin next March.