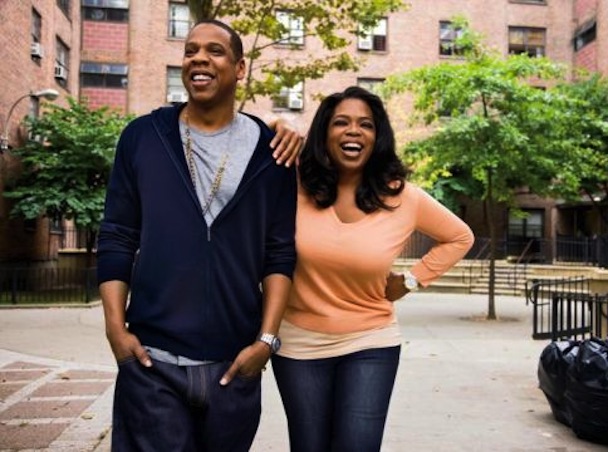 Shawn ‘Jay Z’ Carter sat down with his good friend Oprah Winfrey and spoke on race relations for her Master Class series.

Jigga has an “interesting” take on the cultural impact of Hip-Hop and admits that it’s a “strong one.”

“I think that hip hop has done more for racial relations than most cultural icons, and I say save Martin Luther King, because his dream speech we realized when President Obama got elected.”
He continues, “This music didn’t only influence kids from urban areas, it influenced people all around the world. People listen to this music all around the world, and took to this music. Racism is taught in the home. It’s very difficult to teach racism when your kid looks up to Snoop Doggy Dogg.”

Watch the full video below.