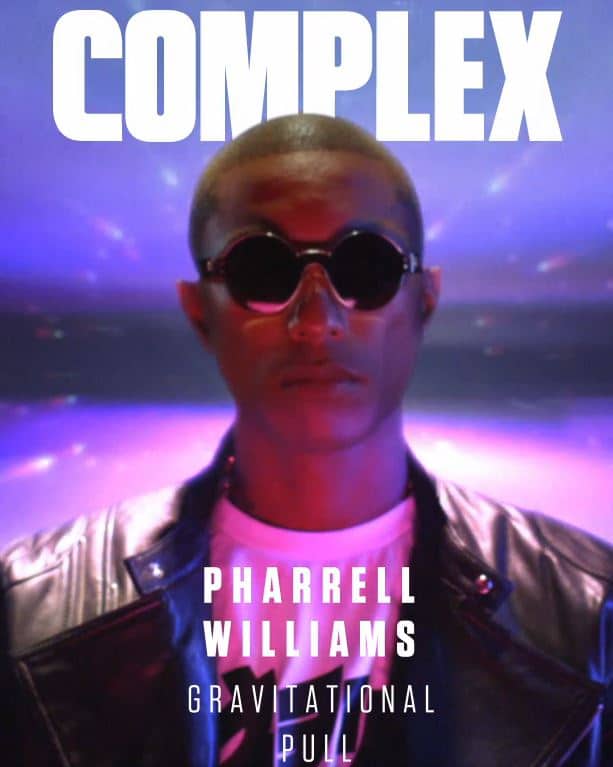 Skateboard P has had quite the year. Besides getting hitched to longtime girlfriend Helen Lasichanh, he reached a milestone in music by becoming one of just thirteen people to hold the number one and two spots on the Billboard charts with Robin Thicke’s “Blurred Lines” and Daft Punk’s “Get Lucky,” respectively. Not to mention his BBC/Ice Cream line reaching it’s ten year aniversary. To discuss his groundbreaking year, Pharrell sat with Complex and talked fashion, life as a family man and new music to come. Catch an excerpt after the jump.

On if he agrees with Kanye, that Hip Hop artists are the new rock stars

Jimmy Iovine said it first. He said Dre is the Jimi Hendrix of hip-hop. He heard N.W.A. and he didn’t understand what the fuck he was listening to. He thought it was the most radical, punk, rock-star-minded shit ever. It was bigger than punk, because punk was always too cool to ever become huge, but rock ’n’ roll, the entire genre did rise to the occasion of being big.

Unbelievable, unbelievable. I couldn’t explain it. Imagine all your life you go to school to study fashion, and you find out the one thing you really like is the sock. So you’re not gonna be greedy. There’s a lot of designers out there: streetwear, high-end fashion. And you decide, “You know what? My niche is the sock.” So you become decent at it. People start to recognize you for your socks, your little designs and stuff. And all of a sudden, God or the universe taps you on the shoulder and goes, “Hey, reach on the inside, squeeze it, and pull it out.” And you realize that there is a reverse inside the sock. That’s what this is for me. I’ve never been on the forefront of such a huge thing—done by the people, by the way. The people vote for the songs, they pay for the songs, they stream the songs, they look at the videos. So my point is that my understanding of what I was supposed to do, what I could do, had been turned inside out. That’s my life.