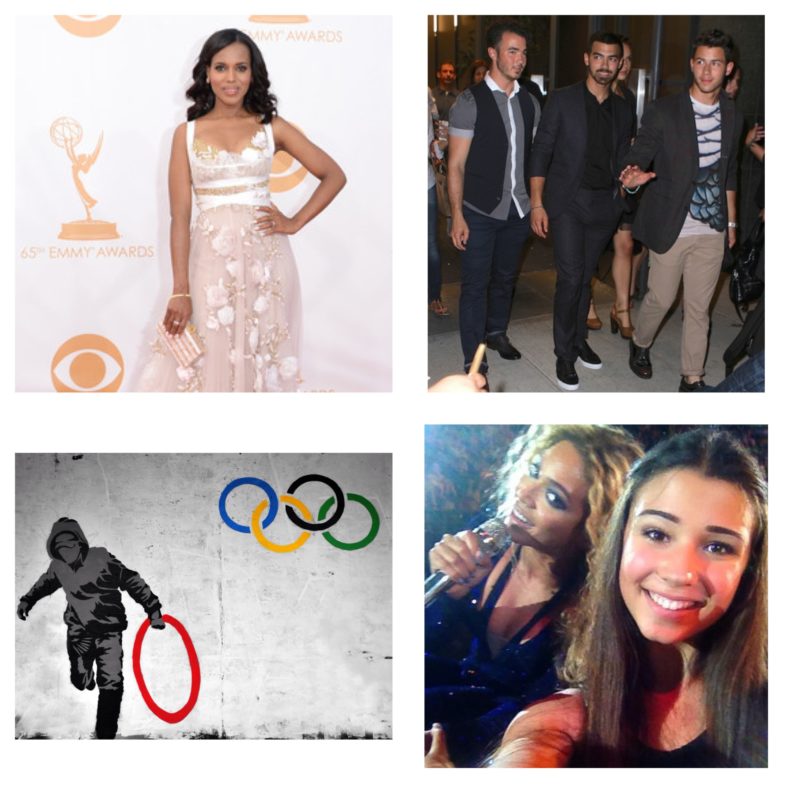 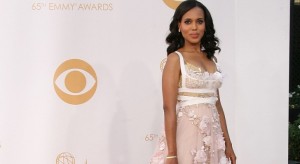 It has been confirmed, this little hot mama is officially a Mama To Be. The Scandal star is pregnant with her first child with NFL Hubb, Nnamdi Asomugha. A close friend told reporters that she is about four months pregnant and absolutely excited. Think they’ll try to write this into the Scandal script?!
The Jonas Brothers Disbanded 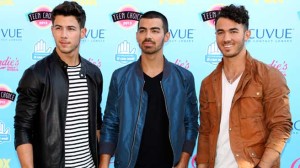 This week has not been a good one for the Jonas Brothers fans. After rumors of tension between the brothers, a canceled tour, and the take down of their twitter accounts, the brothers have finally broken their silence. Could be a case of sibling rivalry, too much family time, or maybe they’re just plain over it. Whatever the case, the brothers have released an open letter to their fans via their band’s official Facebook page. “This digital-only album contains four new studio recordings that would have appeared on our V album (which will now go unreleased). In addition, including 10 live tracks that we feel capture the energy and excitement of this past summer’s tour.”
Photo Bomb by Queen B 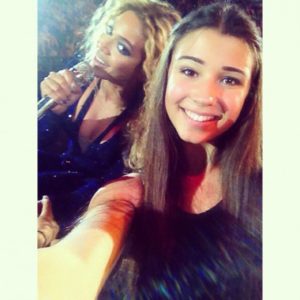 Normally when someone photo bombs your pic you’d be pissed. But if you were Valentina and the photo bomber was Beyoncé, you probably wouldn’t be so pissed, now would you? It’s said to be one of the best photobombs of all time, but looks can be quite deceiving. Turns out the photo wasn’t photo bombed at all. A picture can hold a thousand words, and once this pic was posted to Tumblr, it had over half a million. Eventually, when word got back to the fan, she went to Tumblr and Youtube to clear the air. She posted a video of her asking Beyonce for a pic and the singer posing for her. The original caption that she had under her Facebook photo was “So umm Beyonce posed for my selfie.” Soon after, the singer had a pic of her and the fan with the caption “photobomb.” Though the story of the star photo bombing is quite the tale, unfortunately it’s just that, a tale.
Banksy Burglars 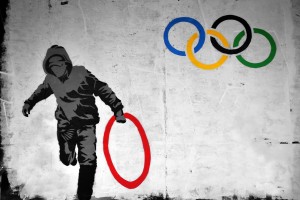 This week ended the month long Banksy art exhibit that was being showcased along the streets of NY. His last installment was  a graffiti inflatable Banksy on an abandoned warehouse by the Long Island Expressway in Queens. A group of three men were arrested this week trying to steal the letters from his last exhibit. They said they “were going to put it up in a museum.” I know what you’re probably thinking, there’s obviously nothing but truth to their testimony. Unfortunately, even if they were telling the truth, isn’t it still wrong to take something that doesn’t belong to you?
Best Celeb Costume 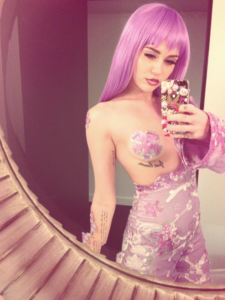 Hope you all had a great Halloween, cause Hollywood sure did. Every year the celebs of Tinseltown get “Hollyweird” on us for All Hallows Eve. Seems the theme this year was actually Pop Culture, and it’s as if Hollywood decided to imitate themselves. One of the most used costumes on the scene was of Miley Cyrus’s VMA performance. Everyone from Perez Hilton to Kelly Ripa had to get in on it. Not gonna lie, but her raunchy VMA’s performance has proved to be a pretty iconic moment this year. So I’d have to say the winner would be Miley Cyrus for the best Halloween costume. Not for her attempt at an imitation of Lil Kim, but rather for being the popular costume of choice this year.
Kadian Watson Nov 4, 2013
previous article

Mike Will Made It To Release New Mixtape With #BeenTrill#