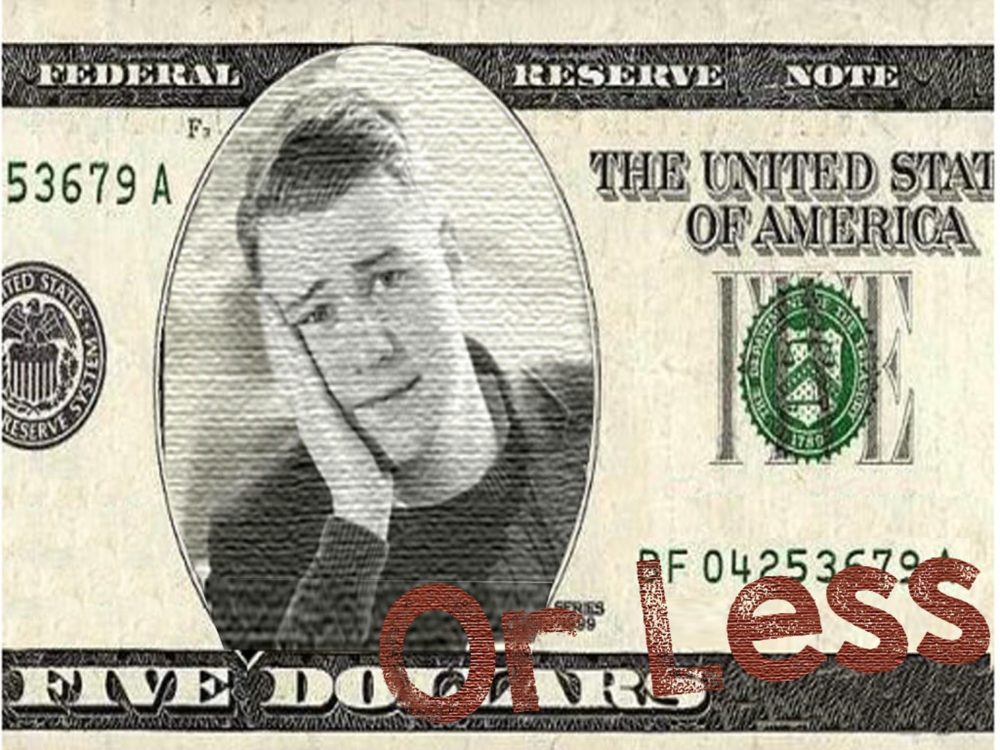 Yeah I know what you’re thinking, Sean went and wrote his OWN piece about his OWN movie. But before you judge me (I’m sure you already have), let me tell you something.

The editor of this site said this was fine. Also he has a cameo, so he can relax if he has a problem with this.

Also, this is my first ever short film. I wrote it, found a director, found the actors, and through the immense, IMMENSE support of friends and family from all stages of my life, was able to raise the money to produce it.

Everyone who worked on this movie gave 150%, even when I was being a diva and wasn’t nice to them. So many people worked for free, and totally shared in my vision, and it was breathtaking. I had an idea, but they all brought it to life. I am greatly humbled and emotional at the support I received, and I hope you all think the movie (and this trailer) are funny enough that I get to make another movie! Because all I really care about is making people laugh. Watch the trailer for Five Dollars Or Less below.