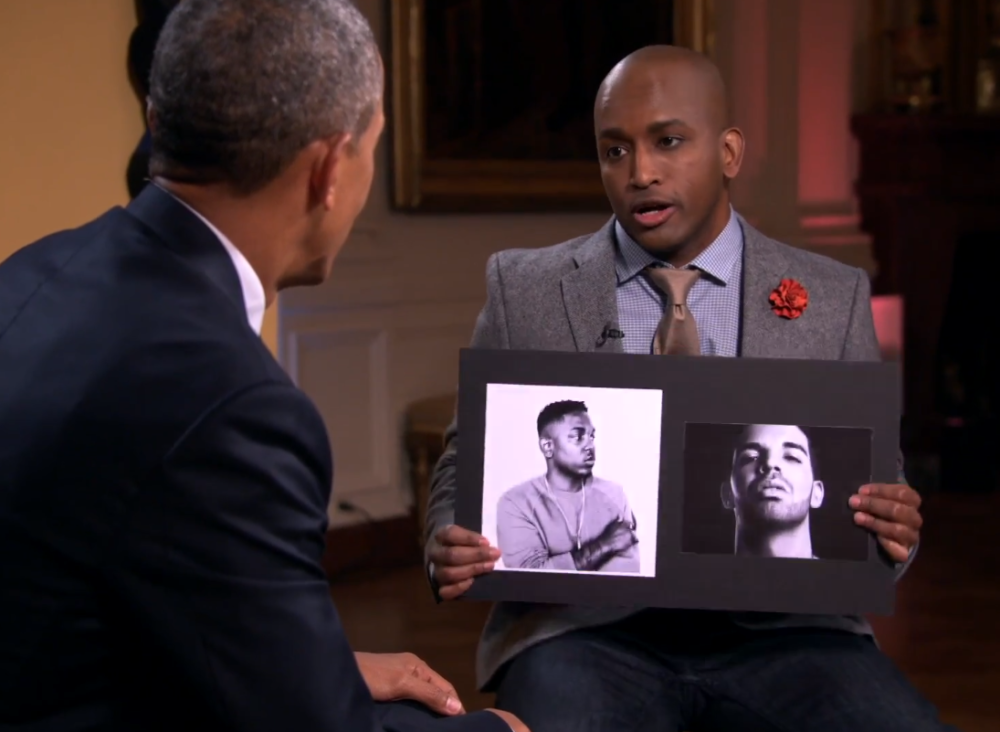 President Obama is always being asked the tough questions, and today the commander and chief answered the toughest of them all. Obama was asked who would win in a rap battle between Toronto’s Drake and Compton’s Kendrick Lamar. POTUS didn’t hesitate when it came time to give an answer.

“Gotta go with Kendrick,” said Obama when asked at the 27:20 mark. “I think Drake is an outstanding entertainer, but Kendrick, his lyrics… His last album [To Pimp a Butterfly] was outstanding. Best album, I think, last year.”

This come’s as no surprise really, Obama has already praised Kendrick’s

President Obama on Kendrick vs. Drake in a rap battle. pic.twitter.com/swa0Zc3gDv

New Music: Future & Mike Will Made It “Al Sharpton”