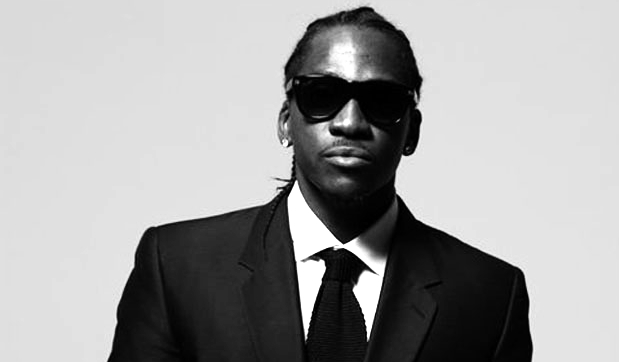 Big changes are about to be made at the label Kanye built. Pusha T has been named president of G.O.O.D Music. Billboard exclusively reported today, that the Virginia Native was appointed the position from ‘Ye himself. It was four months in the making. Push spoke with Billboard on his new position and what he has planned, his new album King Push, and much more.

A big congratulations are in order. Just got word that you will be the president of G.O.O.D. Music. How was the offer presented you?

Actually, I was flying home and I had just got into my car at the airport. ‘Ye had called me and he was like, “Tell me something. What do you think about being the president of G.O.O.D. Music?” And I was like, “Well, what are the things that you’re looking for?” And he was basically just like, to manicure the label, make it profitable and be very business-oriented about it going forward in a manicured type of way.

What was going through your mind in those four months since? Any pros and cons that you were weighing?

It wasn’t really any time to me. I always look at it as an opportunity to help the team and I think that artistically, me and Kanye have the same vision. He respects me as an artist, a really manicured artist. I’m not out here shooting in the dark, doing any and every thing. When it comes to albums and things like that, I have a very manicured process in which I get to take my time and I think he sorta respects that I get to take my time. It’s never no pressure simply because I think he looks at me and my other businesses and understands that’s why I have this luxury of time in whether it be my clothing stores, my clothing line, just things like that. He just notices me and him don’t ever have that type of pressure, tension, producer-artist relationship. I think he respects that a lot and not to mention, ever since I’ve been on G.O.O.D. Music, there’s been a host of artists that I’ve brought to the table, tried to sign, brought to his attention in trying to sign, whether something was super hot or I called it it’s not going to stand the test of time, it’s wack. I been pretty right in a few regards. Those are the things he keys on as far as I go and just as far as being a part of the culture. He knows I’m outside all the time. He knows that I’m of the people. He knows that I’m in those specific mixes of things that are bubbling up, whether it’s online or before it even really gets hot online. He knows I study those different avenues.

In a perfect world, what would G.O.O.D. Music look like to you in the next five months?

I just look at capitalizing on everything that I feel like G.O.O.D. Music brings to the music industry, our following, and the culture. First of all, we have incredible artists. It’s definitely about getting those albums out in a very manicured fashion. We have great artistic talent that sort of walk the lines of bringing that excitement back in regards to just the art that goes along with it like DONDA, the merch and things like that. Things that kids are really into these days. You see how fashion takes over and these pop-up shops take over and how the music business is a real touring business now, just the things associated with it. Just building it out to make sure that everybody on the label is really capitalizing off of all the assets that really come with GOOD Music, that we really started, that we’ve really been good at. Just really executing all the different avenues of music, art, culture and fashion as well.

Should we still keep our hopes up for a Cruel Summer 2 LP or some type of G.O.O.D. Music compilation in the near future?

I have that on my mood board. [Laughs.] I definitely have that on my mood board. I’ve had different conversations with the artists. Me and the rest of the artists on G.O.O.D. are really a phone call away and we’re really dialed into the music aspect of it as well. It’s not a hard process and it’s gonna be cool to collaborate with my peers and then come to ‘Ye as an executive producer and be like, “Look at this fresh ass shit we got here.” I think we’ll be getting the best out of him, executive producing projects that come from the label from here on out because he gets to really hone in as a producer. I’ll take care of all the logistics, the rallying of the troops, and so on and so forth. He don’t gotta be producer, A&R, rapper and everything. We’re all here to help and facilitate. I’m definitely stepping up for the job.

You mentioned pushing out albums and producing great art, but what does your role mean for newer artists on the roster like Kacy Hill?

Kacy just dropped an EP that was received very well. Just giving them their creative freedom and just making sure their marketing, roll-outs and the way it’s presented to the public is A1. They’re welcome to be free creative spirits.

We sampled some new bars from you on Diddy’s MMM album with “Everyday” featuring The Lox. How will becoming president affect your own musical output?

My album is just a whole other thing in all honesty. F’real, what you’re gonna get from this King Push album is something people probably haven’t heard in the past 18 years. I’m just putting it together, aiming for classic material.

Will your new duties affect your timetable for releasing the album?

I don’t think so. I got sort of a head start. You’re talking about four to six months of a conversation and just solidifying it now. I’ve been working on the album for a minute in between touring and everything else. I got a head start on the album so we’re good. You’ll be seeing that very shortly.

Can we expect it at the top of the new year or sooner than that?

Yeah, I think you’ll get definitely be getting offerings from the album before the top of the year.

Lastly, how will you be celebrating your new venture?

Aw, man. It’s all about work right now. We got so much to celebrate for every day. This is just about executing for me right now. I don’t wanna celebrate till we see some real progress and really, just make things happen. Just be on the lookout for everything from G.O.O.D. Music and we just about to really take over and show we’re a force in the music game and this culture in general. It’s an artistic bunch over here.