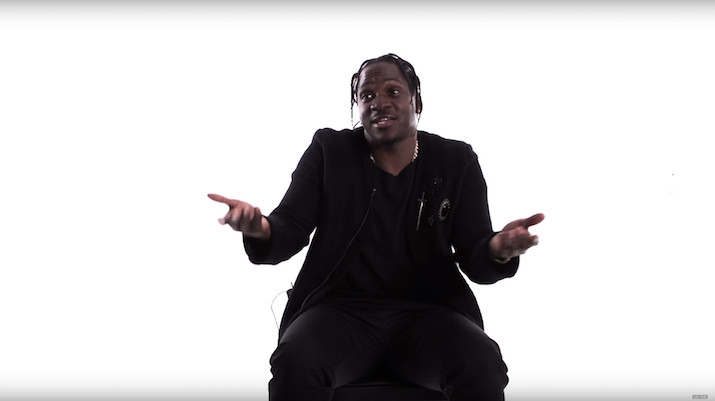 King Push is on his promo run for his up and coming sophomore LP Darkest Before Dawn, and the President of G.O.O.D. Music showers Future Hendrix with huge praise in the latest episode of Pitchfork’s “Over/Under” series by saying he “will go down in history as a G.O.A.T.” Why, exactly? Because “Future made people understand the mumble.” He also shares his love for Arby’s fast food and how he doesn’t get what all the hype is all about surrounding Star Wars. Watch the video clip below as Pusha gives his two cents on things he thinks are overrated and underrated.