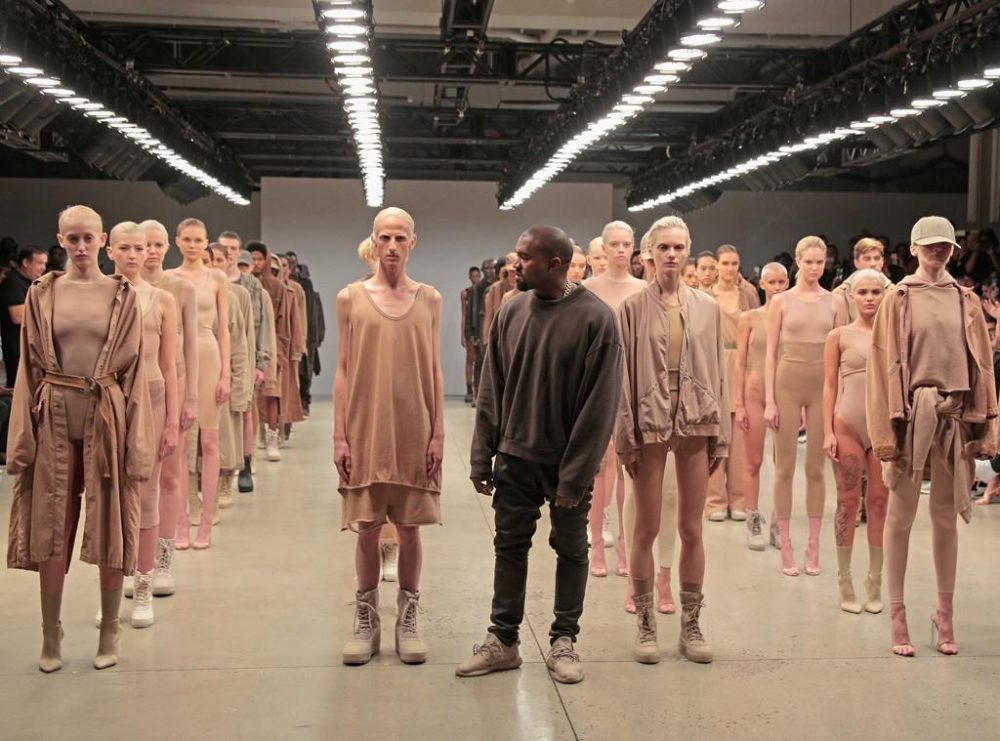 As another New York Fashion Week comes to an end later this week wrapping up later this week, Kanye West did what he does best and gathered all eyes on him. Yesterday at the Skylight Modern in Manhattan Kanye unveiled the Spring/Summer 2016 Yeezy Season 2 collection.

The runway show, which started 40 minutes late, was similar to Yeezy Season 1 back in February, as the main aesthetic returned. Dressed in oversized distressed garments with various light hues, earth tones and heavy layering, models marched throughout the packed presentation space.

Kanye’s extended family The Kardashians and Jenners were all in attendance, as Kylie and Kendall served as models alongside Bella Hadid, while Kim and her daughter North West clapped along seated beside Khloe Kardashian, Givenchy creative director Riccardo Tisci and Anna Wintour.

As was the case back in February, Kanye used the show to debut a new song, as “Fade” featuring Ty Dolla $ign and Post Malone blasted through the speakers towards the end.

Check out a full photo gallery from the event below.

T.I. Stops By Ebro in The Morning To Discuss His New EP, Iggy Azalea, and The Drake Getting Pee’d on Incident