With both rappers having been active for almost 10 years, one thing has been apparent; these guys love their Jay Z features. And it’s not for the sake of how it would look on paper, they’ve actually crafted plenty of hits with Jay throughout their lengthy careers. I’ve had this argument plenty of times, but my opinion has never swayed. While Ross was busy finding his voice, (remember that weird voice over of himself he used to do in ’06? yeah annoying) Jeezy has kind of remained consistent with not just his music, but his persona, which made for great rap moments between him and Jay. We take a closer look at who executed best alongside Hov.  Oh, and I purposely excluded the “Hustlin” remix, considering they’re both alongside Jay. It’s the great debate.

Ehh. Something about this joint just didn’t catch on for me, but I saw what they were going for. “Real as it Gets” was Jay and the Snowman’s 4th collab, and was featured on Hov’s Blueprint 3. Not a horrid track, but we’ve heard better, guys.

Dog, what the f*ck is this? Hyped as a Ross/Jay collab, Hov is strictly on chorus duty on this joint. In all honesty, it’s not that bad of a song itself, but why bring in Jay of all people just for the hook, and then sell it to the public as a legit feature? ehh moving on..

winner: Jay Z and Jeezy take this one, and they didn’t have to lie to us.

For some reason, this joint often gets slept on. Jeezy/Jay Z/& 3,000? Kind of a win across the board. All three considerably bring their A game.

Sure. On Paper? This shit looks immaculate. But what we’re actually listening to is obvious product placement from Dr. Dre, the same lavish tall tales from Ross, and some of Jay’s laziest bars in years. It’s just different.

Uplifting collab that came about at the right time. When Barack was elected in ’08, this one served as the hood soundtrack. Of course Jay jumping on the track for the remix after our president was chosen gave the song new legs.

Ahh yes. We’re heating up. Off Jay’s surprise LP from last year, Hov linked up with the Bawse for a thumping highlight feature. Lyrics weren’t everything here, but this shit bangs.

winner: After some thought, Ross takes this one, simply cause you can’t really play “President Is Black” today. It was an in the moment record.

Aye Guru! put a little T-Pain on my sh*t too

Even though the original with Kanye was solid, Jay took it up a notch for the remix, reminding us all of his past contributions.

Rich, rich instrumental. Ross could’ve brought the best outta Jay on this one, but it was still underwhelming in my opinion.

winner: Once again, Jeezy. That “Put On” joint still rings till this day.

Their newest collab is damn near their greatest collab. We can all admit Jay hasn’t sounded like this in a while, but leave it to the Snowman to get him back on his A game. Oh and according to Jeezy himself, Jay shed real thug tears writing this joint.

This was Ross and Hov’s first official collaboration. The one that made Ross realize he could develop the Maybach series into a formula, and get Jay on almost every album he’s released since. Not to mention, when Jay is in this lane of slick talk, it’s fuckin’ special. The guy describes his Maybach in detail, like it’s a love child. And I believed him! Thank goodness Ross lost this flow, though.

winner: The Bawse takes this one without a fight.

No debate. These guys got on this track and showed us they had a natural chemistry. Their first collab is their best collab. And to think this was back in 2005, man. Remember how these dudes were dressing back then?

Got damn. This one was special, man. Teflon Don was when Ross finally found his voice as a rapper. He’s always been great at picking instrumentals, but this one soars. And yeah, so does Jay. When Hov is frustrated it shows. And here, he lets out the aggression against these pesky rumors of lucifer. Golden.

As you can see, Ross takes a real beating. Sure his ear for production is more refined than Jeezy’s and he knows how to make events out of his records, but when it comes to getting Jay in the zone, the Snowman takes the W, and that’s that. 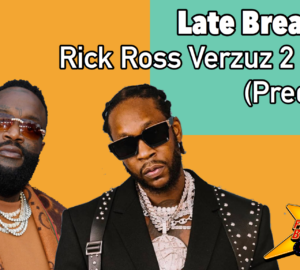