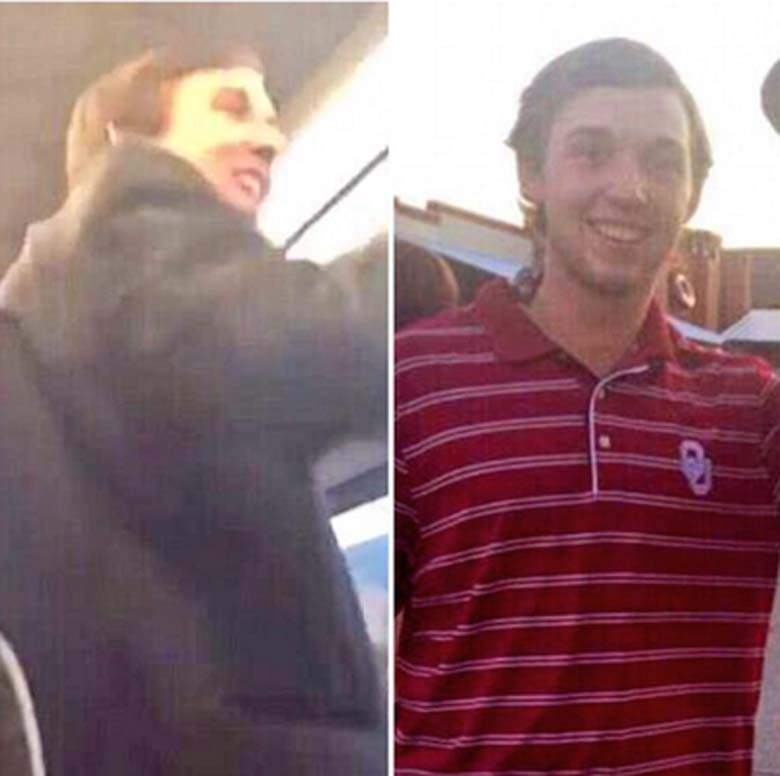 Parker Rice, the young who is a member of the SAE fraternity who led a racist rant on video and made life or himself and his family very difficult, is apologizing for his behavior.

Rice, 19, issued a lengthy apology on Tuesday (March 10), delivered to the media by his father, Rice is well aware that what he did was wrong, and admits the chant was “taught to him” (Yeah Yeah great excuse bruh). He was just displaying the racist behavior that seems to be a running theme within this fraternity.

His statement:
I am deeply sorry for what I did Saturday night. It was wrong and reckless. I made a horrible mistake by joining into the singing and encouraging others to do the same. On Monday, I withdrew from the university, and sadly, at this moment our family is not able to be in our home because of threatening calls as well as frightening talk on social media.
I know everyone wants to know why or how this happened. I admit it likely was fueled by alcohol consumed at the house before the bus trip, but that’s not an excuse. Yes, the song was taught to us, but that too doesn’t work as an explanation. It’s more important to acknowledge what I did and what I didn’t do. I didn’t say no, and I clearly dismissed an important value I learned at my beloved high school, Dallas Jesuit. We were taught to be ‘Men for Others.’ I failed in that regard, and in those moments, I also completely ignored the core values and ethics I learned from my parents and others.
At this point, all I can do is be thoughtful and prayerful about my next steps, but I am also concerned about the fraternity friends still on campus. Apparently, they are feeling unsafe and some have been harassed by others. Hopefully, the university will protect them.
For me, this is a devastating lesson and I am seeking guidance on how I can learn from this and make sure it never happens again. My goal for the long-term is to be a man who has the heart and the courage to reject racism wherever I see or experience it in the future.
Thank you for your consideration of my deepest apologies for what I did.

This statement is full victim-building buzz words like “devastating” and “prayerful.” Which doesn’t change a damn thing in my eyes, dude is a racist plain and simple.

William Bruce James, one of only two Black member’s of SAE, denounced the frat. “That is not my home,” he said. “That is not SAE. They are not my brothers.”

Another of the racist singers who has been identified is Levi Pettit, who also offered a weak apology as well.

Both Parker and Pettit have been expelled from the University of Oklahoma and sent home. Are you buying what Parker Rice is selling? Let us know in the comments.