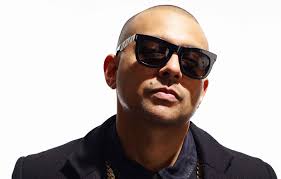 Dance hall pioneer, Sean Paul is fed up with new pop-artist making dance hall music and them not properly giving “credit” to its roots. He recently spoke to Hannah Ellis-Petersen for a new interview with The Guardian, the Jamaican star shared the following thoughts:

“It is a sore point when people like Drake or Bieber or other artists come and do dancehall-orientated music but don’t credit where dancehall came from and they don’t necessarily understand it. A lot of people get upset, they get sour. And I know artists back in Jamaica that don’t like Major Lazer because they think they do the same thing that Drake and Kanye did – they take and take and don’t credit.”

Sean Paul does make it clear that there’s no beef between him and Drizzy, stating that he is a fan of his music. He has also worked with Major Lazer in the past, (2014’s “Come On To Me”) so i don’t think there’s beef just displeasure with them not paying proper homage. For more — including information on Sean Paul’s next major project — check out the entire interview here.