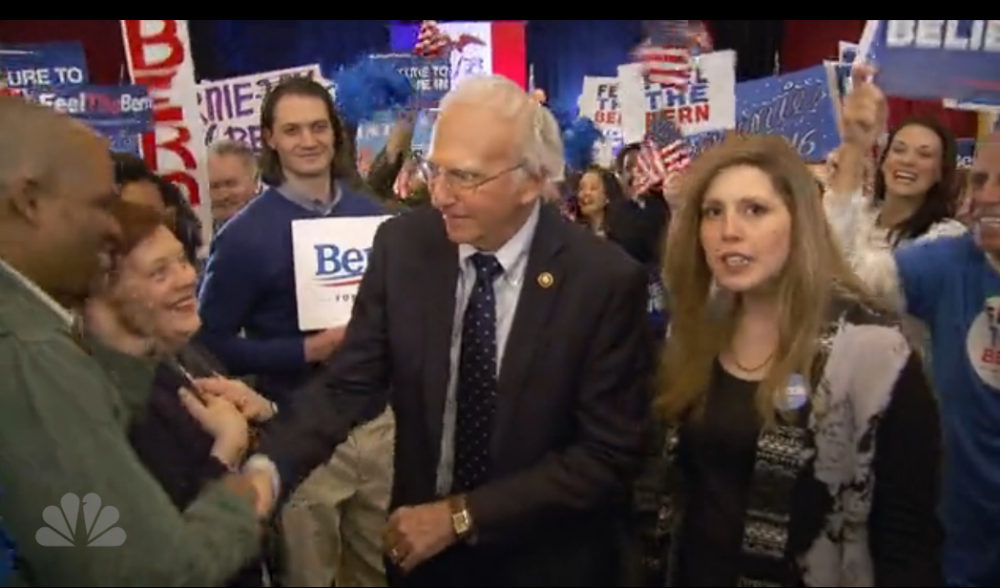 We knew when Larry David was announced as host for SNL, there had to be another nod to Bernie Sanders in there somewhere, and we were right. Larry recreates the classic hiccups he’d often face on his own show Curb Your Enthusiasm, in the form of Bern Your Enthusiasm.

David as Sanders just can’t seem to keep voters on his side, after a few spiraling mishaps. Watch below.