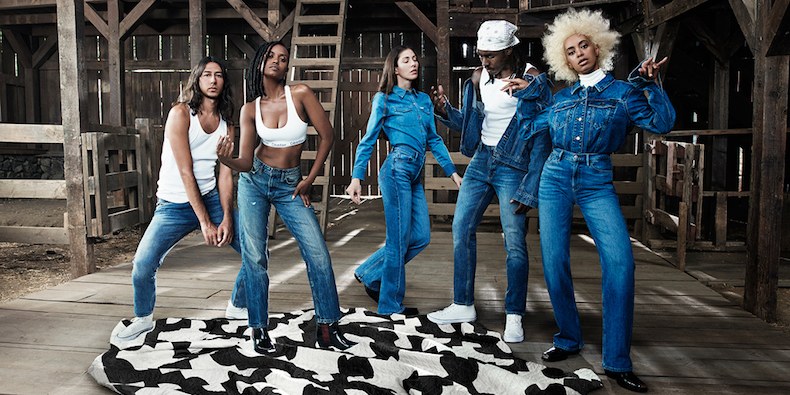 As well as NYC’s rap collective A$AP Mob, who’s #MyCalvins “Our Crew” campaign launched today, with huge billboards of the crew across NYC. the hip-hop crew comprised of A$AP Rocky, A$AP Ferg, A$AP Nast, A$AP Twelvyy, A$AP Ant, A$AP Lou and A$AP J. Scott — are the newest faces of the American brand’s underwear and jeans lines. (A$AP Bari, one of the co-founders of A$AP Mob and the designer behind streetwear label Vlone, was not featured in the campaign, and is currently being sued for alleged sexual assault.)

Today, a new video has surfaced from Solange’s campaign that shows the musicians creating new music together in Calvin Klein denims. The visual is directed by rubber band. #MyCalvins kicked off its latest campaign last month with Solange curating her own group of close and talented friends to star alongside her in the ads. And while Solange showed the collaborative process between musical artists in a special promo video, the members of A$AP Mob riffed on the brand’s campaign slogan, including shout-outs to the late A$AP Yams, their cozy lifestyle (“We too cozy!”) and, of course, Raf Simons, the menswear icon in his own right.

“Barry & Joe: The Animated Series,” About Barack Obama and Joe Biden Is In The Works