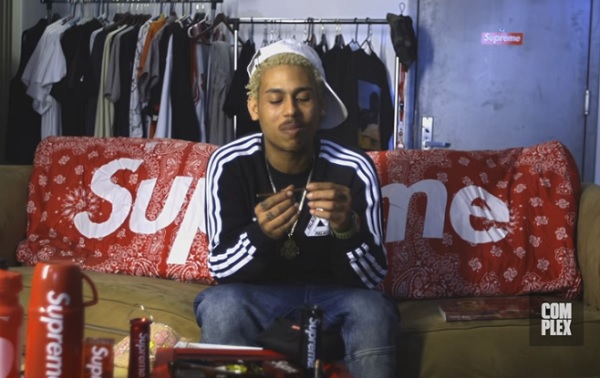 Complex rolled out part 1 of the Supreme Resellers documentary, Sold Out. In the first installment, they give a basic rundown of the brand’s transformation from a modest New York skate brand to streetwear phenomena. They briefly touched on Supreme’s history and significance in the skate/streetwear world, but its mostly focused on the insane blackmarket that its products have created. We hear from well known resellers, fashion writers and players in the ever-changing Supreme market.

For some of the younger fans of the brand or folks that are just trying to rep it on a budget, there’s still hope for you guys. Not all Supreme flippers are out to make the most money. Miracles do happen inn the ‘Preme world. As an avid customer of the NYC staple, I too, hunt for pieces on the low. And, I really came up yesterday, thanks to somehow who actually contributed brand’s reputation in skating world in a way.

Rb Umali, renowned skateboard filmer/photographer just happened to be selling a few of his Supreme pieces at a little flea market at the Max Fish bar in the LES. He spent years filming a lot of the pro skaters who repped the brand in the 90s, so he definitely knows the value of each piece. However, he still sold me these two box logo hats for $20 bucks. Food for thought, people.

In 1994, James Jebbia opened the first Supreme location in a small storefront on Lafayette Street in New York. At the time, Supreme was a brand for skaters by skaters—even the design for the shop was more open so skaters could come right in with their skateboards. But today, 21 years later, Supreme is a legendary streetwear brand that’s cultivated a cult following well beyond that original fan base. Continuing to release product in tightly controlled, limited amounts, the brand is as big as it wants to be in New York, Los Angeles, and London; a titan in Japan—arguably its largest market.

Complex has covered Supreme for well over a decade (Complex was founded in 2002). Most of it was from afar; we wrote about releases or lookbooks. But for the last year or so, our Complex News team has been reporting from the Lafayette Street shop to cover in-store launches. Every story was the same: Lines snaked around the block, kids camped out for hours or days, sometimes even in subfreezing temperatures, just to get any Supreme item. Each Thursday drop was chaos. In April 2014, the NYPD canceled the Supreme x Nike Air Foamposite One in-store launch at the NYC flagship after a riot nearly broke out earlier that day.

But there was something much bigger here. We learned that many were in line to purchase gear that they’d later flip online for big profits, selling apparel and other items for as much as 1,200 percent above retail value. “We started to get to know these people and realized there was a business here and real money to be made,” explains Emily Oberg, Complex Editorial Producer and one of the directors of this documentary. While the reselling market is hardly new, and people have been selling Supreme online for years, it’s yet to be the focus of serious investigation—until now.

The first episode of Sold Out: The Underground Economy of Supreme Resellers lays the foundation for the story at hand. Legendary writer Glenn O’Brien, along with top menswear editors, make sense of the hype around Supreme and explain the brand’s success. We also introduce you to the world of Supreme reselling where $40 T-shirts can be upsold to $500. 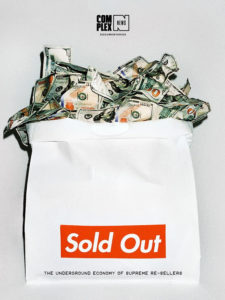 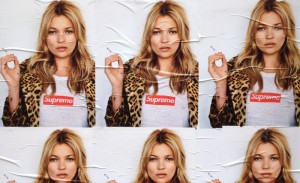