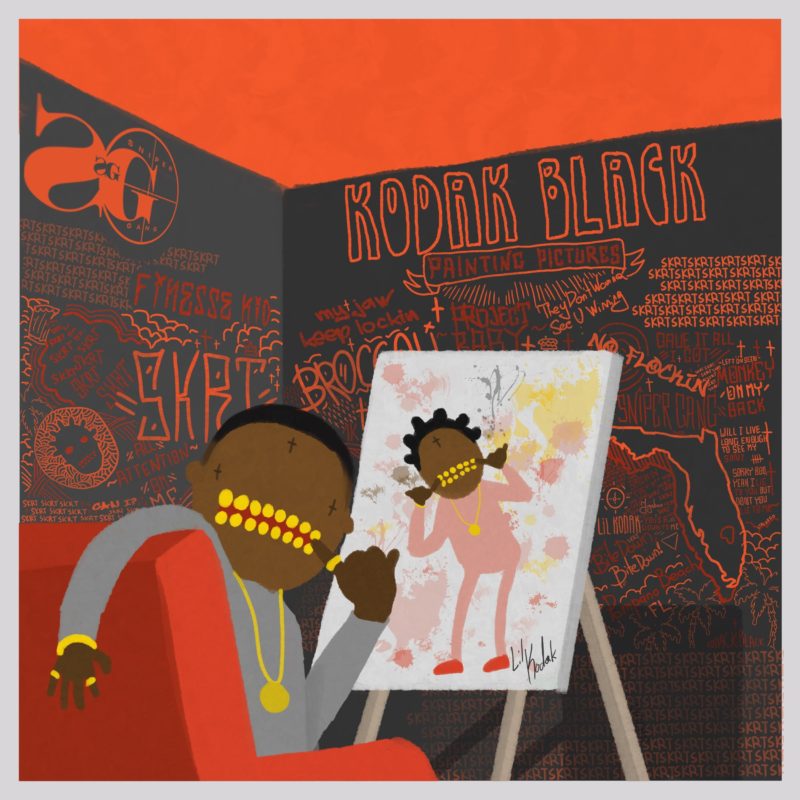 Kodak Black has seen his fair share of legal woes since his rise to  rap stardom. The self proclaimed project baby is currently in jail for violating probation earlier this month, and the status of when he will be  released is unknown. But on the bright side, tonight the troubled  rappers highly anticipated debut album is here. It’s titled Painting Pictures, and boosts 18-tracks lead by the Metro Boomin-produced single “Tunnel Vision,” Kodak’s most successful smash-hit to date, currently at 90 million views on YouTube. The album has features from Bun B, Future, Jeezy, Young Thug and A Boogie Wit Da Hoodie, out now on iTunes.