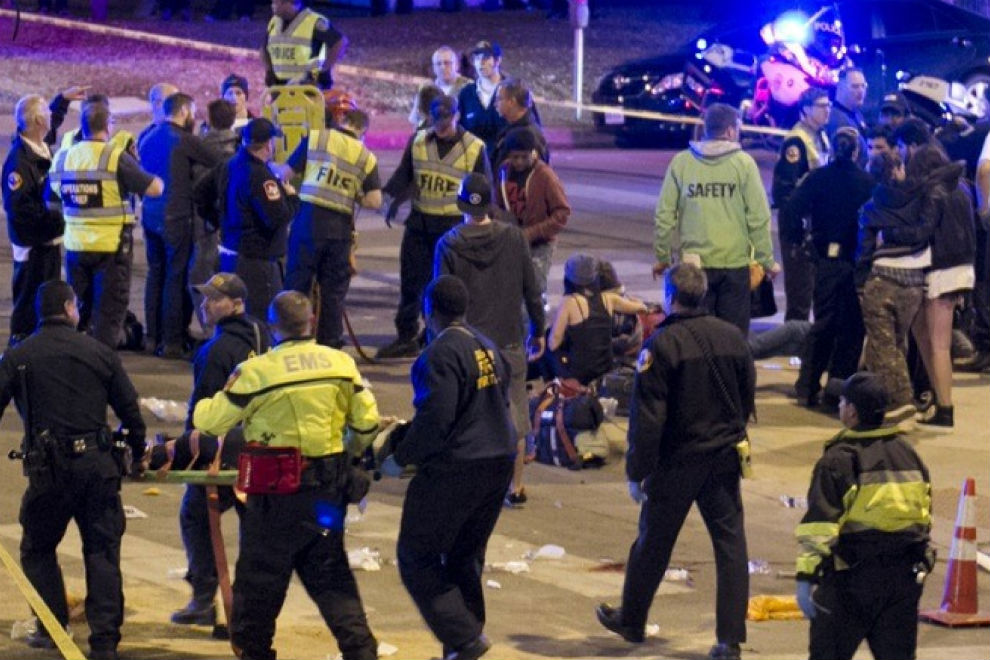 The man who police say recklessly plowed his car through SXSW on Thursday, leaving two people dead and 23 injured, is reportedly an aspiring rapper named KillingAllBeatz or K.A.B254 (real name Rashad Owens). Owens, 21 of Killeen, Texas has several misdemeanor arrests in Killeen. Owens’s brother, Lamar Wilson, told the Austin American-Statesman that he was set to play a 1 a.m. show at Club 1808 near 12th and Chicon Streets. Wilson stated that he can’t believe what happened, initially thinking his younger brother had been arrested for driving without a license.

“I can’t grasp it. I can’t believe it. Everything was going good. We were just there trying to perform, and it made a whole other turn.”

A fund has been set up in order to help the victims of the tragic event. A statement reads:

“The SXSW Cares Fund will help people affected by the tragic events of March 13, 2014. The funds will be disbursed to those most affected through a community-based process.”

Watch the Official Trailer for ‘The Boondocks’ Season 4